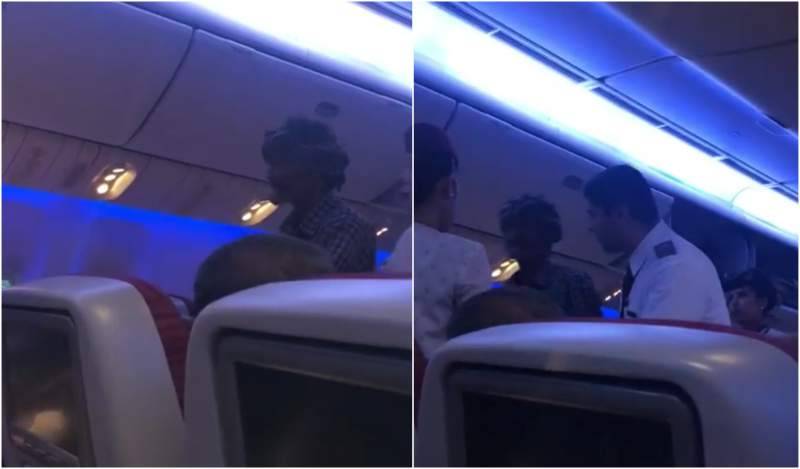 DOHA – A middle-aged man started begging from fellow passengers in a Qatar Airways flight, a video of which went viral on social media over the weekend, to the amusement of many.

Previously, many Pakistani media outlets claimed that the incident took place on a flight bound to Colombo from Karachi. This had set tongues wagging, and had resulted in several adverse comments regarding Pakistan and Pakistanis.

How this Bhikari (Beggar) managed to get on this @qatarairways International Flight ✈️.. #Shocking #Funny 🤪🤣 Should be investigated!! 🤔 pic.twitter.com/tfA7ryIytE

The beggar was reportedly of Iranian descent and the air hostess tried to stop him, repeatedly reminding him that this was not allowed in the plane. Later on, a male flight attendant too tried to get him to return to his seat.

Taken by surprise. two individuals did give him the money.

A claim proved false by the information displayed on the in-flight entertainment display.

This incident is the first recorded one of its kind.