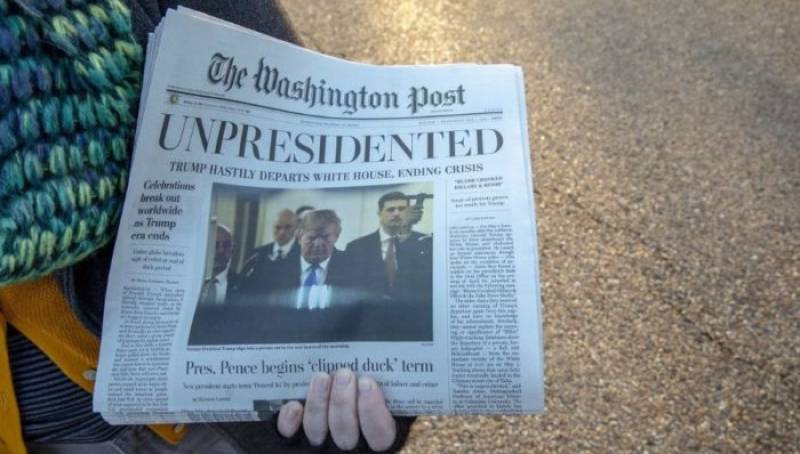 WASHINGTON DC — According to The Washington Post (the real one, of course), fake editions of their newspaper were distributed on Wednesday in Washington. Spokeswoman Kris Coratti said, “We will not tolerate others misrepresenting themselves as The Washington Post, and we are deeply concerned about the confusion if causes among readers. We are seeking to halt further improper use of our trademarks.”

The Post’s P.R. team has confirmed that they’re indeed fake. The paper was dated way ahead, 19th May 2019, with various stories regarding Trump that went against him in every aspect.

This was the job of a group that describes itself as a “trickster activist collective” named the Yes Men. They confessed to creating this havoc.

It reported that Trump had resigned by writing on a napkin that he has left Washington for Yalta, the Crimean resort where Allied leaders during WW II met.

The reason of stepping down as President of the States was said to be protests by women that forced Trump to leave his position. 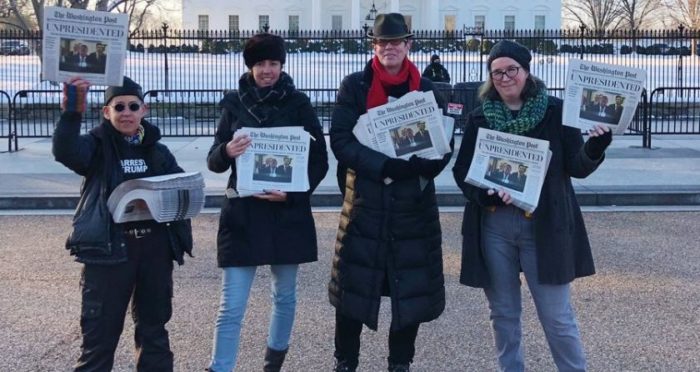 Jacques Servin, one of the founders of the Yes Men, said that it cost them $40,000 to create the print and digital newspapers. The idea behind it was to predict the future.

Long-time grassroots organizer LA Kauffman told the Guardian that, “It was designed as a creative intervention to help spread hope and joy. The element of surprise was important for that goal. The fact that (Trump) has a steady drumbeat of attacks on fake news should not keep us from dreaming and imagining a different future, and using a vehicle of a newspaper to communicate that. It is dreaming, it is not deception.”