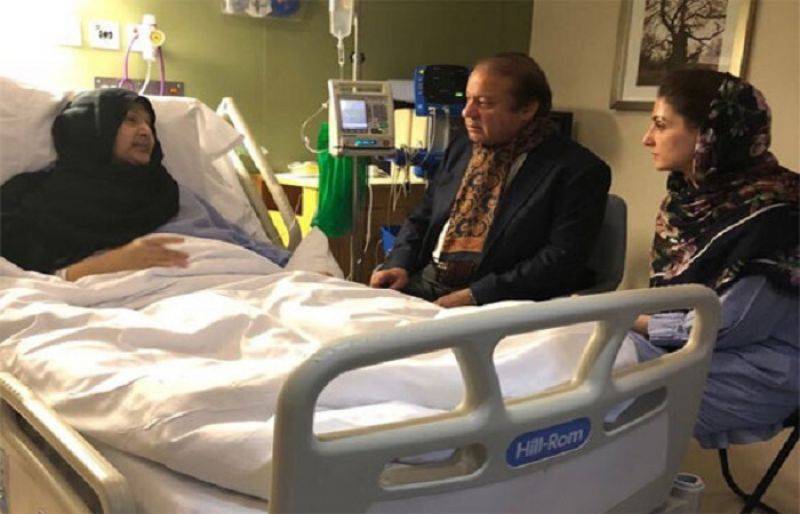 LONDON - The embattled Sharif family has requested the public to pray for the early recovery of Begum Kulsoom Nawaz, whose medical condition was declared highly critical by the doctors in London.

The requests came after a five-member board of doctors shared that Begum Kulsoom will not be taken off the ventilator for now, asking former premier Nawaz Sharif to wait for another review of her condition.

According to hospital sources, doctors have informed Nawaz, Maryam and Shehbaz Sharif that Begum Kulsoom's condition has not deteriorated, but it has not improved significantly after the cardiac arrest either.

Taling to newsmen, Nawaz's son Hussain expressed that Kulsoom will be on the ventilator for an indefinite period; Nawaz Sharif did not talk to reporters while leaving the Harley clinic whereas Maryam Nawaz only commented that her mother's condition was "not too good".

The ex-prime minister's wife has been undergoing treatment for lymphoma since last year, however, her condition worsened on June 14 due to cardiac arrest, following which she was rushed to the hospital.

Nawaz and his daughter, Maryam, had reached London the same day to inquire after the ailing former first lady.