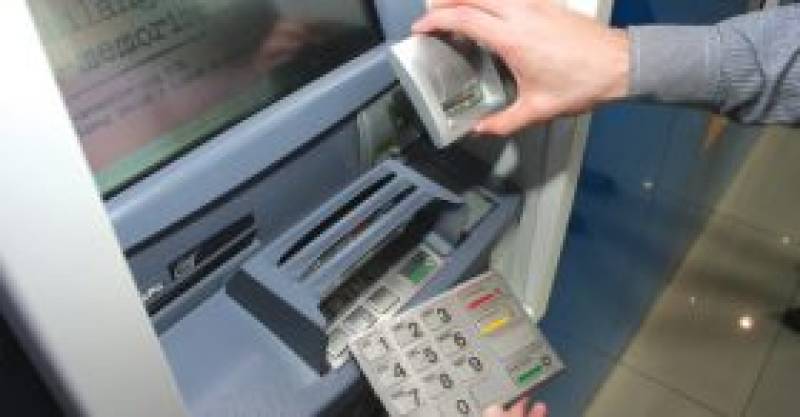 KARACHI - The Federal Investigative Agency (FIA) along with Bank Al-Habib Limited (BAHL) team have detained a gang of Chinese fraudsters, who were involved in attaching ATM skimming devices along with PIN Hole Camera Panel with the ATM(s) of BAHL and different other banks based in Karachi.

The accused illegally and unauthorisedly capturing the data of the cards, and thereafter, transmitted it to different foreign countries for execution of international cash withdrawal transactions from the ATM(s).

The FIU team of BAHL along with the collaboration of FIA, Cyber Crime Circle team, Karachi successfully apprehended the ringleader and the key member of this Chinese gang Zhong Xianming and Zhong Xianquan respectively, when, they were attempting to remove the ATM skimming device and PIN Hole Camera Panel from the ATM of BAHL, Chartered Accountant Avenue Branch, Karachi.

Subsequently, in response to a formal complaint, an appropriate FIR has been registered under section 3, 4, 13, 14 of PECA 2016 r/w 420 & 109 PPC by FIA. These Chinese were sent to Karachi jail for further investigation and legal proceedings.

FIA retrieved different equipment and devices from the gang which further revealed data of different banks which were either be used earlier or would be used to siphon off the money of the different commercial banks and their customers.

Additionally, on tip-off of the arrested culprits, the involved Lenovo Laptop, one more Skimmer to be attached with NCR-Self Serv ATM and one Skimmer to be attached with Diebold ATM, fake-Counterfeit cards, having data of different banks (which will be shared with respective banks very soon), imported double tape roles, external hard disks having ATM PIN capturing data and many other useful illegal material have been successfully recovered.

The snapshots of the arrested culprits and the recovered skimming devices along with PIN Hole Camera Panel are being enclosed herewith under advice to review the CCTV recordings from January 10, 2017 to March 10, 2017 of your bank’s ATM positioned at Karachi area (preferably near to Defense and Clifton Area Branches) and provide your comments / feedback immediately after reviewing the ATM-CCTV recordings of aforementioned period.

So far as an alert, to initiate preemptive steps and corrective measures on the part of different banks, it is, therefore, advised to block your cards, which were charged at BAHL- ATM ID- 0263- from February 16, 2017, to March 10, 2017, he added. However, the bank is in the process of retrieving more details/data with the help of FIA would be shared with other banks accordingly.

He advised banks that special vigilant attention needs to be set for the ATM(s) having model NCR Self Serv 22 & NCR Self Serv 22 E, while start reviewing the CCTV recordings of the ATM rooms to detect any suspicion, which lead towards the Installation of ATM Skimming device and PIN Hole Camera Panel on the ATM(s).