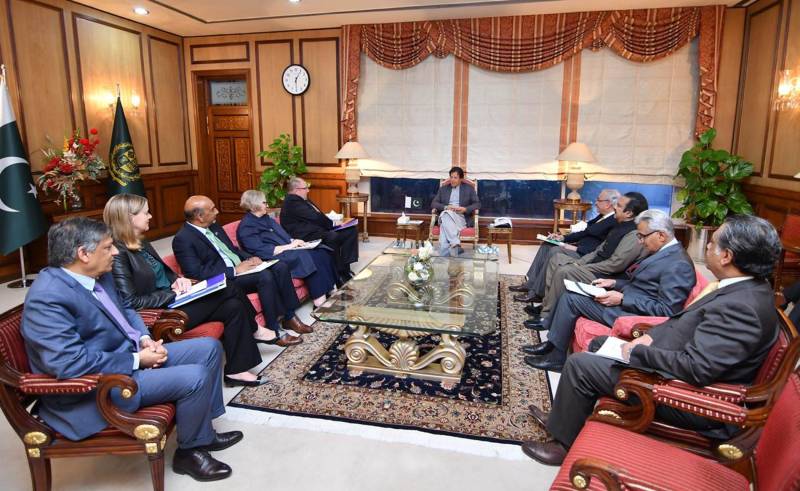 ISLAMABAD - Prime Minister Imran Khan has said that Pakistan looks forward to the greater partnership with the World Bank (WB) in critical areas including eco-tourism, mountain and religious tourism in the country, the Radio Pakistan reports on Tuesday.

Talking to a delegation of World Bank headed by Vice President South Asia Hartwig Schafer in Islamabad, he said that these sectors which have a huge potential towards the uplift of the poor and poverty alleviation.

He highlighted various steps being taken by the government towards economic stability, poverty alleviation and improving ease of doing business in the country.

The delegation appreciated Prime Minister's vision on the economic stability of the country, human development and addressing the issue of stunted growth due to malnutrition. It briefed the Prime Minister about various ongoing projects of the WB in various sectors including water supply, sewerage and waste management, transportation and connectivity, capacity building and ease of doing business in the country.

The delegation also offered WB's assistance in attracting foreign investments, analytics, sharing of expertise and technical knowledge in various sectors to help the Government translate its vision into reality.