LAHORE - A Paan vendor from Lahore was acquitted after six years despite a five-day sentence awarded to him by a magistrate back in 2013.

Jamshed Iqbal, who operated a paan outlet in Naulakha Bazaar of the provincial capital, was awarded five-day sentence by a price magistrate for violating 'Ehtram-e-Ramazan Ordinance 1981'.

In his plea filed before the sessions court, the vendor contended that he was initially punished to spend five days behind bars for opening his outlet ahead of Iftar, however, Robkar (order of court for releasing of accused from jail) was not provided to the jail authorities in time, pleading that he be exonerated of the charge.

During the hearing of his appeal on Friday, Additional Sessions Judge Muhammad Amir Habib was shell shocked when apprised about the specifics of the case; the judge ordered the acquittal of Jamshed Iqbal as well. 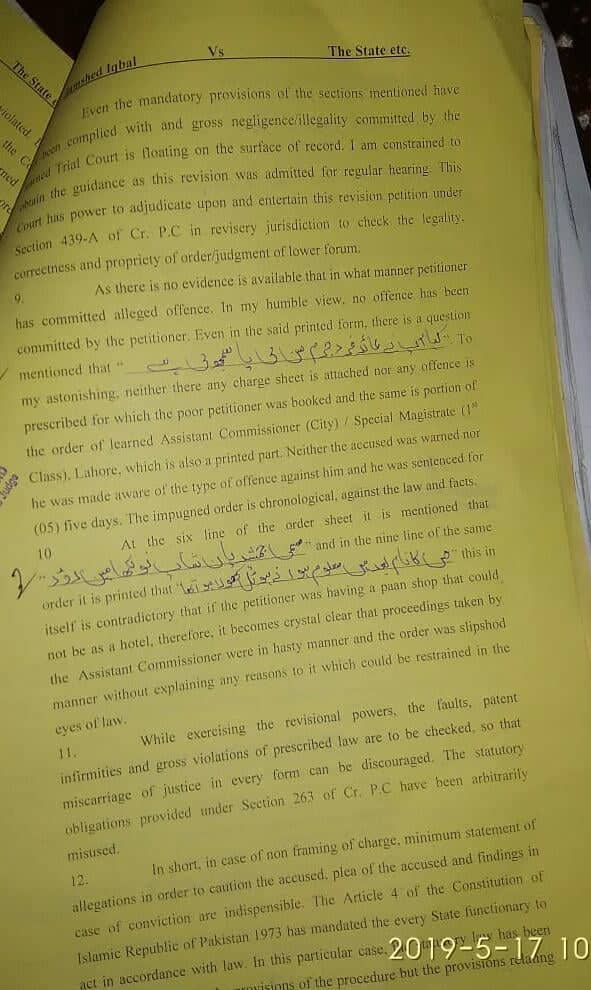 In my humble view, no offence has been committed by the petitioner, observed the judge and stated that the Assistant Commissioner pronounced the punishment in haste. 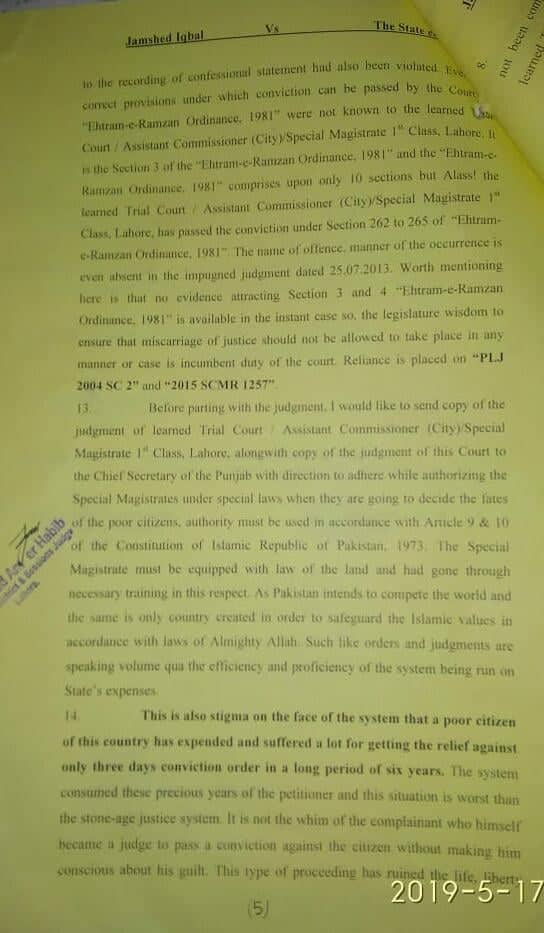 Moreover, the judge remarked that the clause under which the accused was imprisoned [for five days] did not exist in the 'Ehtram-e-Ramazan' ordinance.

The court also felt 'sorry' and acquitted Iqbal, besides stating that no compensation could be provided for the agony faced by the accused. 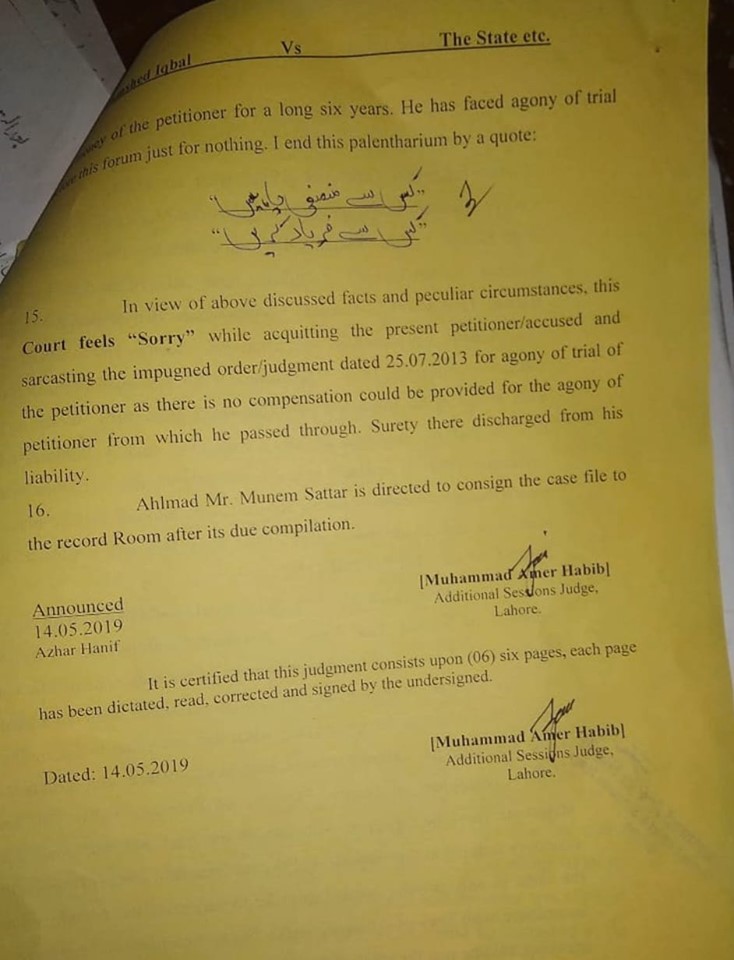 'This is also stigma on the face of the system that a poor citizen of this country has expended [sic] and suffered a lot for getting the relief against only three days conviction order in a long period of six years,' read the judgment.

Muhammad Amer Habib also dispatched a copy of the case to the Chief Secretary to ensure that the Assistant Commissioners adhere to the law while passing judgments.

Reports in local media say the accused had to spend six years behind bars, however, Safdar Ali Advocate told Daily Pakistan that the conviction was handed for five days and Iqbal was on bail in the said time.

This is not the first time an accused was first wrongly implicated in the case and laterwards had to suffer jail term beyond the set limit.

Pakistan's top court had acquitted two murder convicts in 2016 named Ghulam Sarwar and Ghulam Qadir years after they were hanged, despite a pending appeal.

Moreover, in March this year, the Supreme Court acquitted two murder suspects after 12 years giving them the benefit of the doubt.

The case of Jamshed Iqbal is another vindication of need for strong legislative reforms in the criminal justice system of the country.