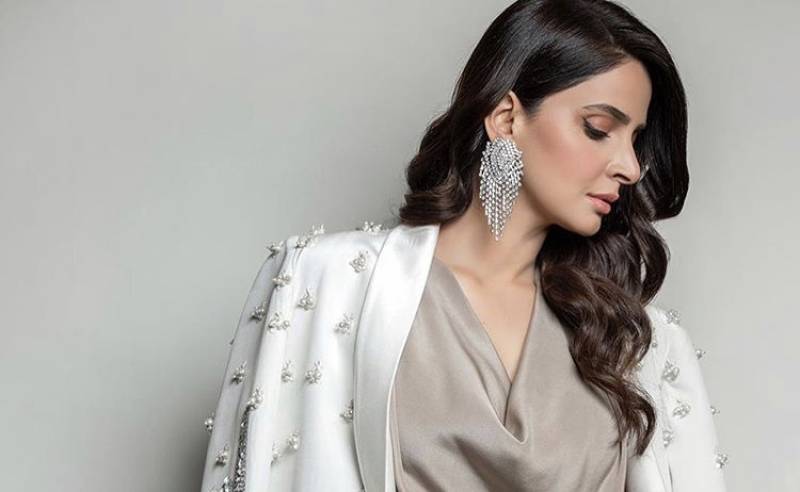 Saba Qamar is a stunner by ALL means. Her tremendous acting skills, killer looks and most of all, her charming personality have rightly earned her the title of the most valuable star that we have in the entertainment industry.

Over the years, the Baaghi actor has proven to be invincible and continues to keeping her reputation alive well even when the world has come to a screeching halt.

Qamar just dropped the second episode on her YouTube channel and we are blown away by her unceasing talent!

The video, titled The Chay Show, is a completely unfiltered and unfeigned take on every awkward interview question posed to female celebrities and it’s absolutely savage.

From interviewers asking prying questions about celebrities’ personal lives to making comparisons between veteran actors and the current lot, Saba left no stone unturned in this satirical skit.

In what was perhaps the highlight of the entire show was Saba’s stellar comic monologue in which she reveals that she had once been in a toxic eight-year long relationship.

“Since a young age, girls are taught that you should rather die than leaving the first man in your life. This one sentence also ruined eight years of my life!” said Saba.

She further added: “He was used to lying, misbehaving, assaulting, and later apologising and because commitment and marriage was the same for me, I kept going on for eight years thinking ‘it’ll get better’ but he didn’t get better, in fact, he ruined my mind!”

The video is witty, savage and seems like all of it is coming directly from Saba’s heart. We can’t wait to see what more does Qamar have to offer!