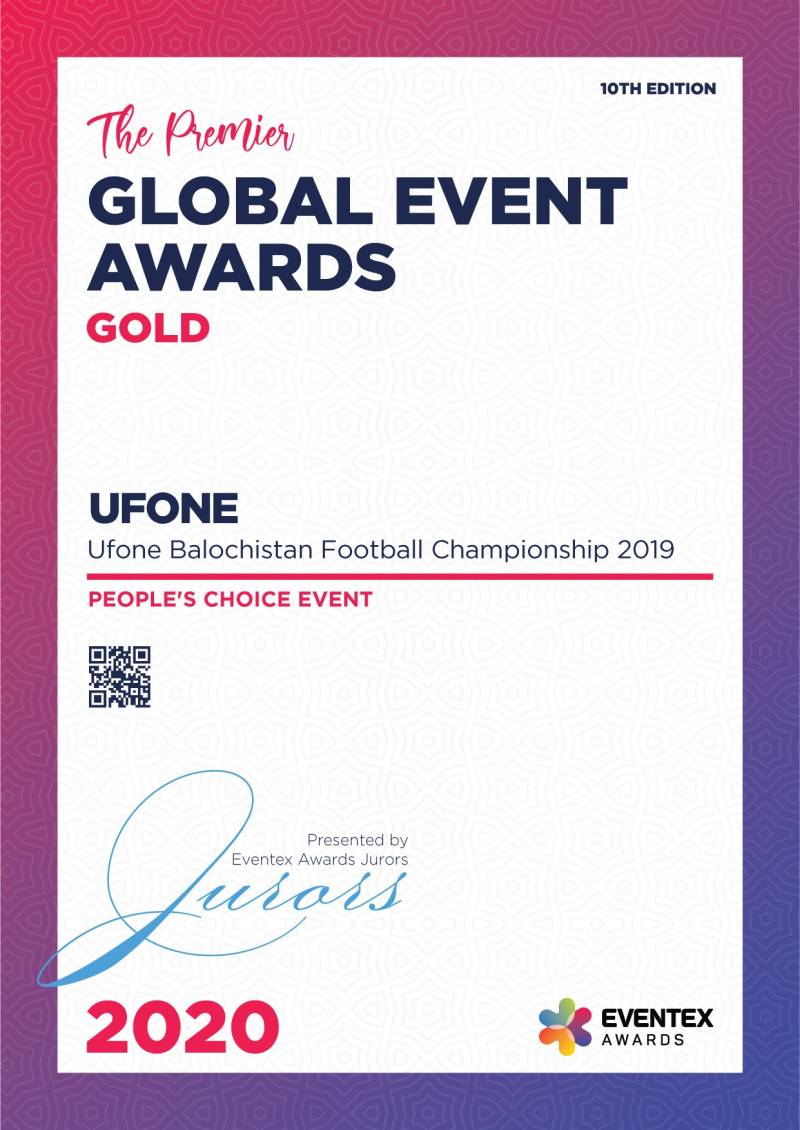 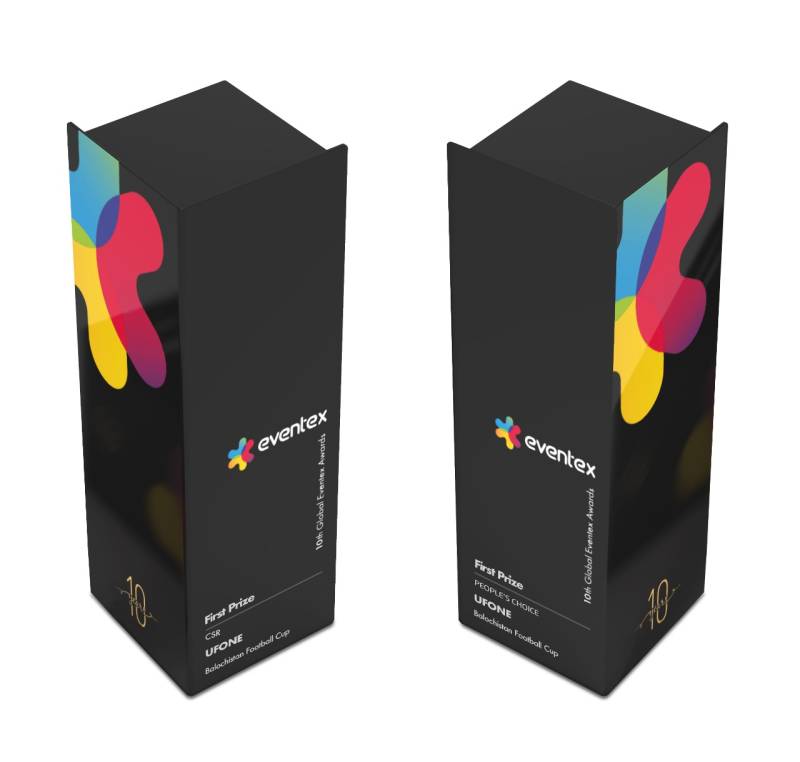 Despite stiff competition from renowned international brands and close scrutiny by a panel of esteemed judges, Ufone emerged victorious in not just one but two categories.

On winning the prestigious award, Ufone spokesperson said, “For Ufone, it is important to bring a positive change into the life of an average Pakistani. Balochistan Football Tournament was one such effort through which we tried to create opportunities for the young sportsmen of the province. This award is a reflection of the exceptional performance put forward by the entire team to make this tournament an international success story.”

“I’d like to congratulate and thank all contestants for the endless inspiration and innovation they bring to our industry - we feel privileged to be the ones recognizing the best among them! I am positive the industry will push forward in spite of the crisis and we will continue to support the event profs community with different initiatives and activities”, Ovanes Ovanessian, Co-founder of Eventex Awards commented.

Ufone Balochistan Football Tournament is the province’s most popular and favorite sporting event. The event has attracted the massive interest of the people in a span of just three years by providing youth a platform to showcase their talent. The initiative shows Ufone’s commitment to the people of Pakistan, which enunciates with the company’s tagline: “It’s all about U.”

Eventex is an international accolade in the world of events recognizing outstanding achievements and creativity. Founded in 2009 to celebrate innovation and effectiveness in the industry, today Eventex Awards is considered to be one of the most esteemed honour in the experiential marketing business.