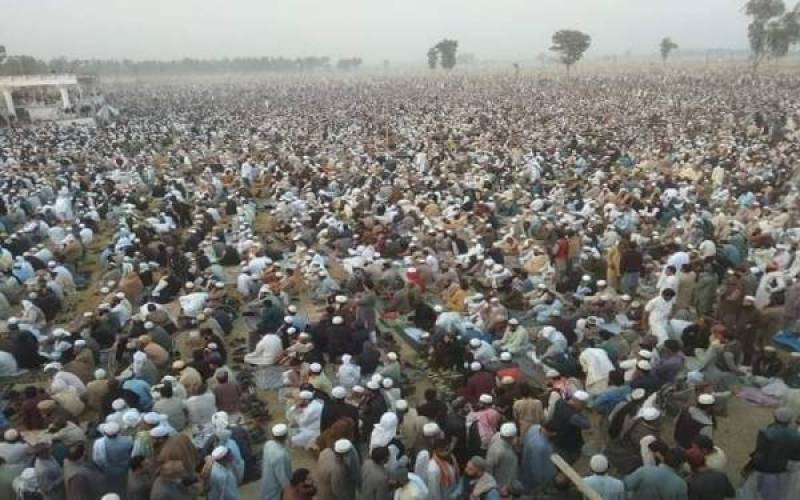 LAHORE - Following the demise of Tableeghi Jamaat Ameer Haji Abdul Wahab, a new chief of the religious group has been appointed.

Moulana Nazarur Rahman will head the Jamaat from now on, the leaders of the group decided after brainstorming over three names suggested by Wahab in his will.

Before his funeral prayers, an old associate of  Haji Abdul Wahab, Moulana Mohammad Fahim, read the will stating that the deceased had suggested three names as his predecessor. The names include Moulana Nazar ur Rahman, Moulana Ahmad Butla and Moulana Ubaidullah Khurshid. He had written his will on September 17, 2015.

The leaders of the Jamaat, who had come from across the world to join his last rituals, held a consultation to pick the new ameer. They decided to appoint the Rahman after discussion.

Moulana Ahmad Batla will hold the reins in case of present ameer's death.

In his will, the departed soul had recommended the people come out for the preaching of Islam by putting behind all other matters.

LAHORE - Tableeghi Jamaat Ameer Haji Abdul Wahab passed away at the age of 95 after a prolonged battle with dengue on ...

Tableeghi Jamaat Ameer Haji Abdul Wahab passed away at the age of 95 after a prolonged battle with dengue on Sunday morning.

He had been under treatment at a private hospital in Lahore.

His funeral prayers were offered after Maghrib prayers at Raiwind Ijtema Haveli, and later he was laid to rest in a graveyard adjacent to the Tableeghi Jamaat centre in Raiwind.

Maulana Nazarur Rehman led the funeral prayer, which was attended by a large number of devotees, clerics, members of the Tableeghi Jamaat council and people belonging to all walks of life.

He was born on January 1, 1923, in New Delhi, and completed his graduation from Islamia College Lahore.

He was the third chief of Tableeghi Jamaat. He was working as a district officer in British India when he joined the Tableeghi Jamat in 1944.

President of Pakistan, Dr Arif Alvi and other politicians expressed his heartfelt condolences on Wahab's death, while praying for the departed soul.