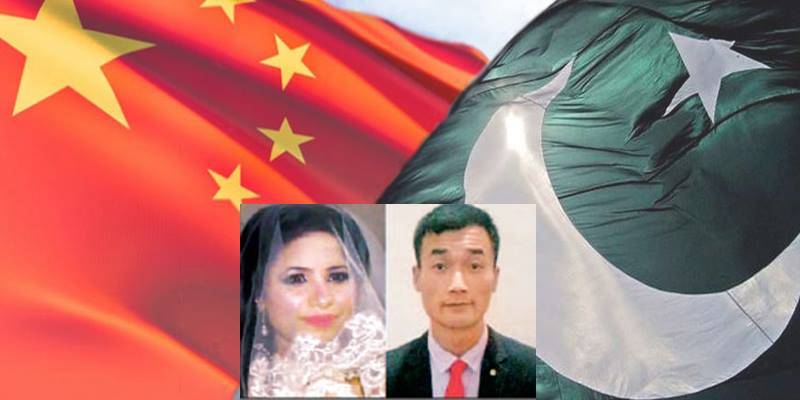 SARGODHA - A Pakistani woman tied the knot with her Chinese suitor in what appears to be an endorsement of growing ties between the two countries on the social front.

Pakistani bride Uzma Jacob, who is based in Sargodha in Punjab, married a Chinese man named Jing Jin on Sunday for which the ceremony was performed at a local church.

The ceremony, that took place in Chak Number 97 near Sargodha, was attended by locals as well as the family members of the groom who had specially arrived in Pakistan for the function.

The Sultan Colony church was selected as a place to perform the marriage ceremony, for which the mother, sister and father of Chinese groom also turned up.

After the ceremony, Uzma accompanied her groom to China and expressed delight at the transnational marriage.

'It is a fulfillment of my wish to marry a man hailing from a country other than Pakistan,' added Jacob.

Last week, a Sialkot-based boy tied the knot with an American woman Helena who embraced Islam; the couple made headlines across Pakistan.

More recently, a Lahori boy Mohsin married an American girl on Sunday after having developed an association on Facebook.