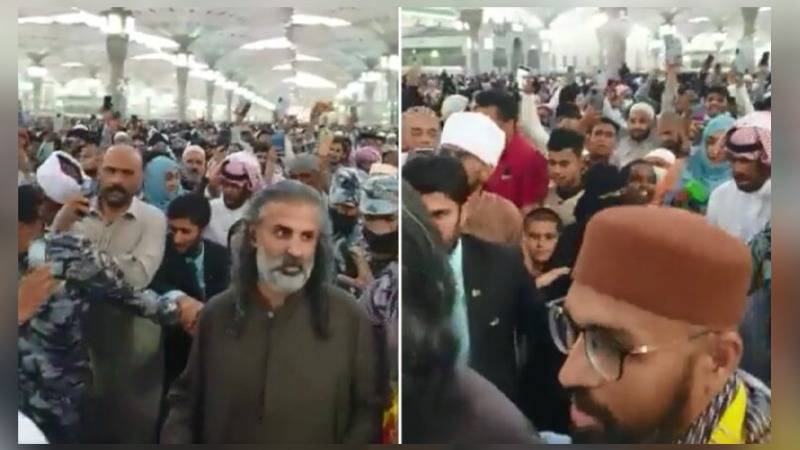 JEDDAH – A court in Saudi Arabia awarded jail sentence of up to ten years to six Pakistani nationals for their involvement in a sloganeering incident at Masjid-e-Nabwi during the visit of Prime Minister Shehbaz Sharif and his delegation.

The verdict was announced by a Madina-based court, handing ten years imprisonment to three Pakistani each and eight years jail term each to three other Pakistanis.

Reports said that the court has also imposed 20,000 Riyals penalty on each convict, while their mobile phones have also been confiscated.

Those, who got ten-year imprisonment, include Anas, Arshad and Mohammad Saleem while Khawaja Luqman, Mohammad Afzal and Ghulam Mohammad have been awarded eight years jail term each.

In April this year, a group of people surrounded the delegation of the Pakistani government when it entered the Prophet’s mosque and started raising unwelcoming slogans against it, violating the sanctity of the mosque where Roza-e-Rasool (PBUH) is located.

The video of the incident was widely shared on social media to condemn people involved in it.

Later, the Saudi authorities arrested the people involved in the incident and launched legal proceedings against them.

LAHORE – The incident of slogans at Masjid-e-Nabwi against Prime Minister Shehbaz Sharif and his delegation drew ...