Nawaz Sharif flies to London via Doha for medical treatment 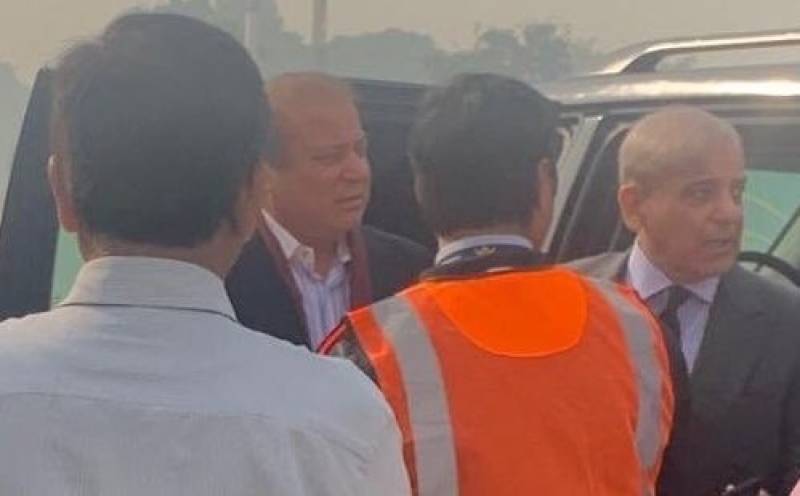 LAHORE - Nawaz Sharif, the former prime minister who was convicted of corruption in Pakistan last December, departed on Tuesday for London to get medical treatment in the United Kingdom.

The supreme leader of opposition party, Pakistan Muslim League-Nawaz (PML-N), used an air ambulance of Qatar Airlines to reach Doha, where it took another flight to London after refuelling. He is accompanied by Shehbaz Sharif and his personal physician Doctor Adnan.

In October, the ex-PM was released from a Lahore jail on bail on health grounds. Sharif, serving a seven-year prison sentence, was then admitted to a hospital suffering from an autoimmune blood disorder. The Interior Ministry removed Sharif from the Exit Control List, enabling him to leave the country for four weeks.

The ambulance, which arrived at 8:45 am was obtained on rent by the family. 21 senior PML-N leaders have were also allowed to go till Hajj lounge at Allama Iqbal International Airport to see their leader off.

Earlier, in a statement, Secretary Information of PML-N, Maryam Aurangzeb said Nawaz Sharif will initially be shifted to the United Kingdom where doctors will analyze his condition and decide if he would be treated there or moved to another country.

According to PML-N spokesperson, the air ambulance is equipped with an ICU and fully functional operation theatre.

According to the official notification, the permission has been granted to him for a period of four weeks during his bail period in compliance with the order of LHC.

Sharif and his family members were arrested in July 2018 after the publication of the so-called Panama papers. They were found guilty of corruption related to the investment of undeclared funds in a steel mill in Saudi Arabia. The ex-prime minister of Pakistan and his supporters consider the case politically motivated.