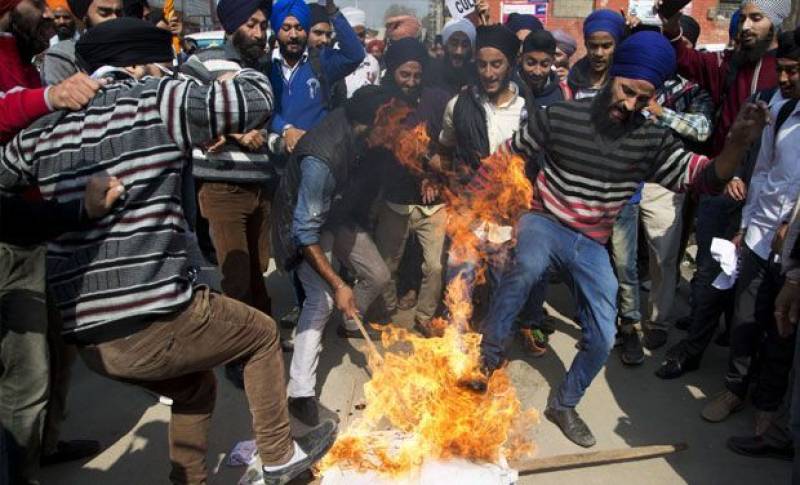 LAHORE (Staff Report) - Sikh protesters shouted pro-Pakistan slogans during a protest against the desecration of Guru Granth Sahib, the holy scripture of Sikh religion, at Baramulla in north Kashmir on Monday.

The protests, called by Sikh groups, were held against the desecration of the Guru Granth Sahib possibly by Hindu fanatics in Punjab.

A `bir' (holy book) was desecrated in Bargari village, 15 km from Kotkapura in Punjab, leading to tension since October 12.

Over 100 pages of the Sikh holy book were found scattered on a street near a gurdwara. The holy book had been stolen from a gurdwara in June.

At least two people were killed and nearly 70 injured, including police officials, on Wednesday in clashes between police and Sikhs near Kotkapura town in Faridkot district.