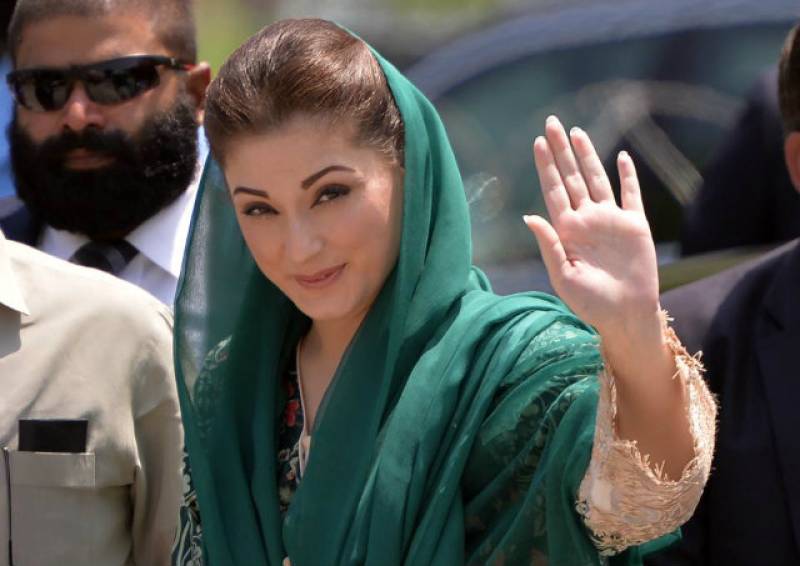 ISLAMABAD - Former Prime Minister Nawaz Sharif's daughter, Maryam Nawaz, on Thursday expressed her desire to participate in next general elections to make her way to the parliament.

Maryam made the announcement while talking to media outside the accountability court after being indicted along with his husband, Captain (reted) Safdar and former premier, in London flats reference, filed by the National Accountability Bureau (NAB) (NAB), local media reported.

ISLAMABAD - The accountability court on Thursday indicted members of Sharif family in corruption reference filed by the ...

She said that the party, Pakistan Muslim League-Nawaz (PML-N), will take final decision in this regard, adding, “I will perform the duty, which will be assigned to me by the party".

She expressed that the appointment of monitoring judge by the supreme court was against the basic human rights.

“Those who have turned the accountability into revenge should also be held accountable. None is above the law,” she said.

She also dismissed the reports of rifts in the Sharif family claiming that there were no differences but ‘difference of opinion’ in the party affirming that everyone in PML-N had trust in the leadership of Nawaz Sharif.