When this Australian woman wore a Burkini on a French beach in protest, people went crazy 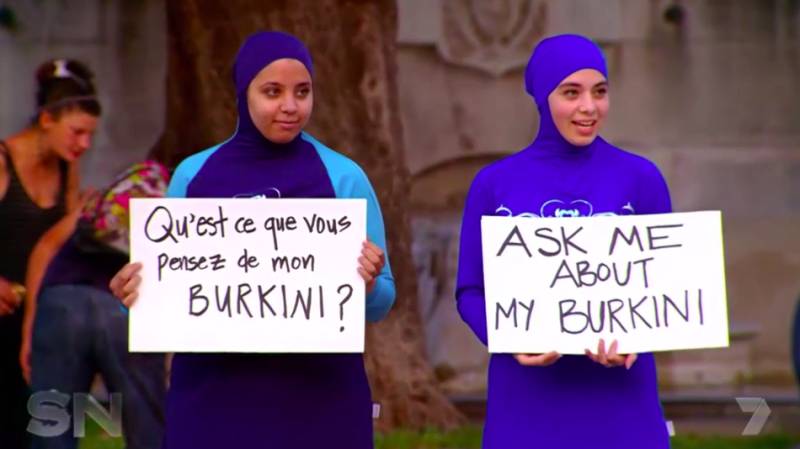 PARIS (Web Desk) - An Australian woman faced the wrath of raged locals when they forced her to leave the beach as she wore a Burkini on the French Riviera to protest against the ban on full-length swimsuit.

Zeynab Alshelh, a 23-year-old medical student from Sydney, decided to fly to Europe after she became upset as 30 French cities banned women from wearing the full-length swimsuits at public beaches. She along with her mother wore Burkini in an attempt to show solidarity with local Muslims.

But to her dismay, the furious locals forced the family to leave the beach despite the fact the ban on burkinis had since been revoked by France's highest administrative court.

The French court ruled that the Bastille Day terrorist attack in Nice was insufficient grounds to justify the ban on Islamic swimwear, Nice and several other towns have ignored the ruling and still enforce the ban.

Related: French policemen force Muslim woman on beach to take off her clothes

We were threatened by locals to leave the beach and if we didn't they were going to call the police. They weren't happy with us being there, even though it was on the beach that the burkini ban was overturned but the locals were not happy,' she said.

A man confronted Ms Alshelh and told her he would call the police if she and her family didn't leave, while others made hand gestures or muttered disapproving comments, Daily Mail reported.

Women have been forced by police to remove garments that cover their head or majority of their body and others have also been given fines in recent past.