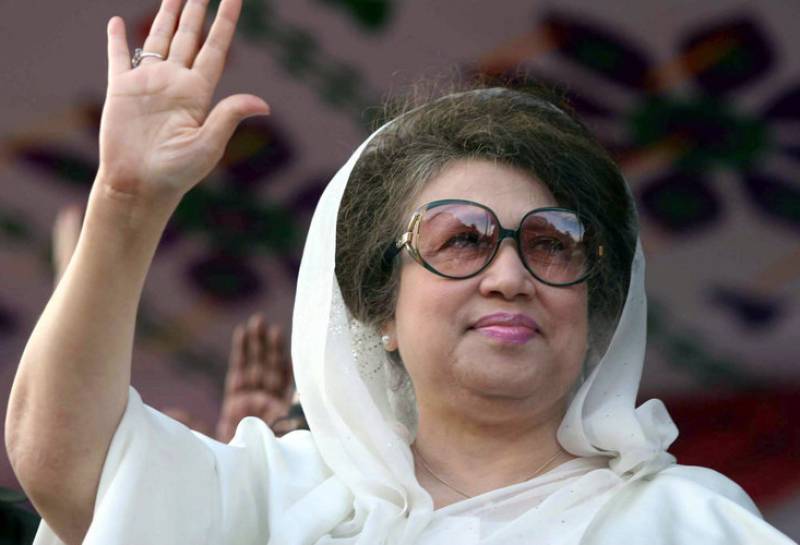 According to Bangladesh News, the Banladesh Nationalist Party chief came under attack around 6pm on Monday at Karwanbazar where she was addressing a roadside rally, witnesses said.

The former prime minister was halfway into her electoral pitch when slogans deriding her were shouted.

She was leaning out from the car through an open door and speaking to the crowd using a loud hailer.

She rushed through the remainder of her speech and the attack started immediately after she ended at 6pm, according to time stamps on photos taken by bdnews24.com photographer Asif Mahmud Ove.

Witnesses said that objects and brickbats were hurled at the gathering from the sides in the first bout of attacks.

Khaleda ducked into the car and the motorcade started to move out. A group of unidentified miscreants wielding sticks, logs and sledgehammers launched the attack.

The BNP chief’s security staff managed to get her out of the area unharmed but the vehicle she was on was damaged along with almost all the others in the motorcade, bdnews24.com Chief Political Correspondent Sumon Mahmud reported.

Several of her security staff and journalists covering the event were injured.

A police officer on duty at the scene told TV reporters that they could not identify or detain any of the attackers.