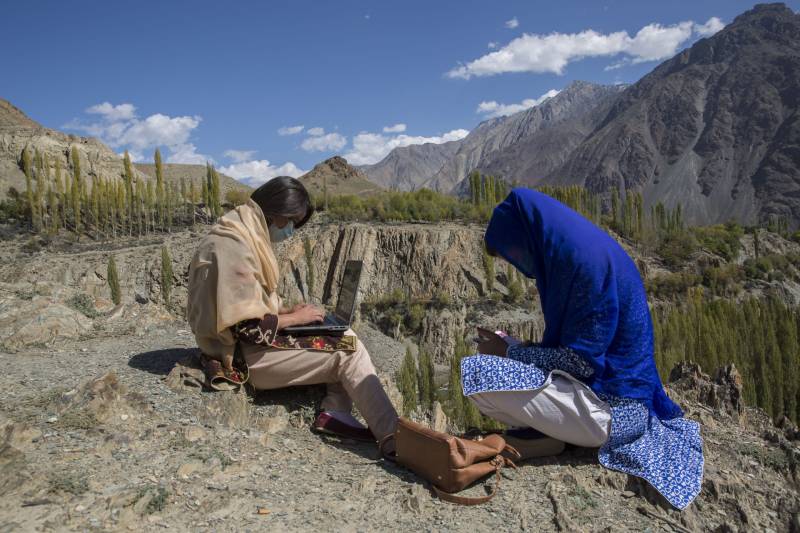 As Pakistan continues to slide on the Inclusive Internet Index, it has dropped to 90th position among 120 countries this year, according to a global index report.

Released by the Economist Intelligence Unit (EIU) on April 14, the report says that Pakistan remains the lowest in South Asia and is behind other regional states like Iran. It says that top performers in South Asia include India, which has moved from 52nd position in 2020 to 49th position in 2021. Sri Lanka is at 77, Bangladesh at 82 and Nepal at 83 rank on the 2021 index report.

The Inclusive Internet Index, commissioned by the Facebook and conducted by the Economist Intelligence Unit, was published for fourth year in 2021. The report says that overall ranking of Pakistan was 90, against 89 in 2020 and 77 out of 100 countries in the index report in 2019. The EIU says that Pakistan at the 90th place ranks in the bottom quartile of the index and second to last in Asia.

The “Gender Gap in Internet Access” between male and female was 65 per cent and the gap between male and female access to mobile phone was 51 per cent. However, Pakistan ranked the highest in the “Affordability” pillar due to improvements in the competitive environment and a decrease in mobile phone costs, the EIU says. Pakistan ranked 67th in the “Affordability” category, which examines the cost of access relative to income and the level of competition in the internet marketplace.

Pakistan was at 79th position in the “Readiness” category, which examines the capacity to access internet, including skills, cultural acceptance, and supporting policy. However, Pakistan performed poorly in the “Relevance” category and fell to the 91st position that is the existence and extent of local language content and relevant content.

Pakistan is ranked 97th in the “Availability” category, which examines the quality and breadth of available infrastructure required for access and levels of internet usage. A detailed analysis of the EIU data shows that among the countries in the “Availability” category, Pakistan ranks low at 116th position in the “Usage” class, which measures the size of the connected population in terms of internet and mobile connectivity. Percentage of households with internet was only 34 per cent and the fixed-line broadband subscription was 1/47 per 100 inhabitants, according to the EIU index.

Pakistan also has low internet quality and ranks at 91st position in this category. This category measures the quality of experience the connected population receives while using the internet.

The index report says that Pakistan is facing infrastructure issues, including provision of public Wi-Fi by the government and private sector and unlicensed spectrum policy. Pakistan ranked 90th due to the electricity issue that was one of the hindrances to internet connectivity in many parts of the country.

Reacting to the EIU report, industry players say Pakistan needs to take urgent measures at the policy level as a significant number of users still have basic, voice-only devices and a digital revolution is difficult when a large number of people in the country owns 2G-only handsets.