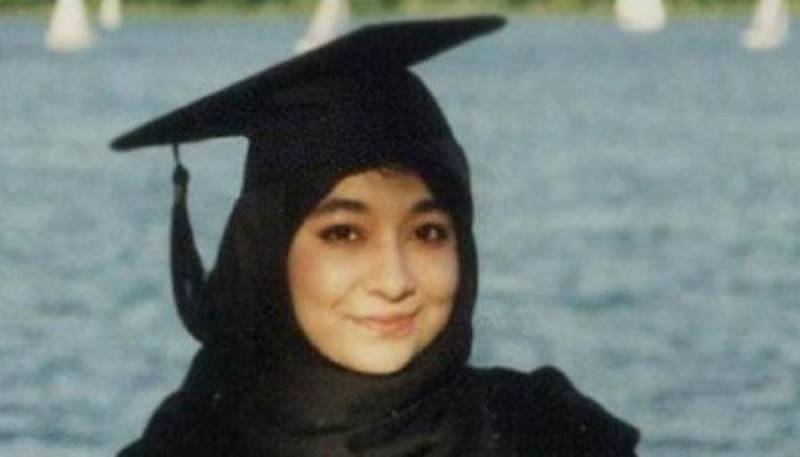 Dr Aafia Siddiqui, a Pakistani neuroscientist who is serving an 86-year sentence at a prison in Texas for allegedly opening fire on US soldiers in Afghanistan, has sought public support after an inmate threw a mug of scalding hot liquid in her face.

As a result of the attack, the Pakistani scientist has sustained facial injuries, according to her lawyer.

Dr Aafia, a graduate of MIT, was arrested by the US forces for her suspected links to Al Qaeda and was given an 86-year sentence in 2010 for attempted murder. She is serving this sentence at the Federal Medical Center (FMC) Carswell in Texas.

In a press release on Thursday, advocacy group CAGE said that it had received reports late last month that Siddiqui had been attacked in her cell by an inmate who threw a coffee mug filled with hot liquid on her face.

Dr Aafia, who has been placed in solitary confinement for an unspecified period, said: "The fact that I’m not blind is a miracle from Allah.”

Her lawyer, Marwa Elbialy, said that during a recent visit she saw "visible burns" around Dr Aafia’s eyes, as well as "an approximately three-inch scar near her left eye, a wound on her right cheek covered in toothpaste and a small piece of paper, and bruises on her right arm and legs".

Moazzam Begg, outreach director for CAGE, described Dr Aafia’s case as "one of the most troubling in the sordid history of the 'War on Terror'".

"As events in Afghanistan – where so much of Aafia's case began – unfurl with such speed, we need to ask if Pakistani authorities will seek her repatriation while she's still alive, or only after she’s in a body bag," said Begg, a former Guantanamo detainee.

Dr Aafia’s family has long protested her innocence and claim that she was subject to torture. Four British parliamentarians wrote a letter to former US president Barack Obama in 2014 alleging that her case was a miscarriage of justice, citing a lack of evidence linking her to the gun she is alleged to have used to shoot US soldiers in Afghanistan.

Shortly after the arrest of alleged 9/11 architect Khalid Sheikh Mohammed, whose nephew Siddiqiui was married to, Dr Aafia and her three children disappeared in the port city of Karachi.

Five years later, she appeared in neighbouring Afghanistan, where she was arrested by local forces in the restive southeastern province of Ghazni and later handed to US forces who questioned her.

During her interrogation, she is alleged to have grabbed a rifle and opened fire at US agents while screaming "Death to America" and "I want to kill Americans", but the soldiers escaped unhurt.

It is unclear where Dr Aafia was between her 2003 disappearance in Pakistan and her 2008 reappearance in Afghanistan, with her supporters claiming she was the victim of a secret Pakistan-US plot.

At her trial in New York in 2010, she said she was detained for a "long time" in a "secret prison" in Afghanistan. Her supporters said she was the "ghost prisoner" in Bagram, serial number 650, but this is denied by the US.

ISLAMABAD – Pakistan has officially requested the United States for consular access to Dr Aafia Siddiqui to ...