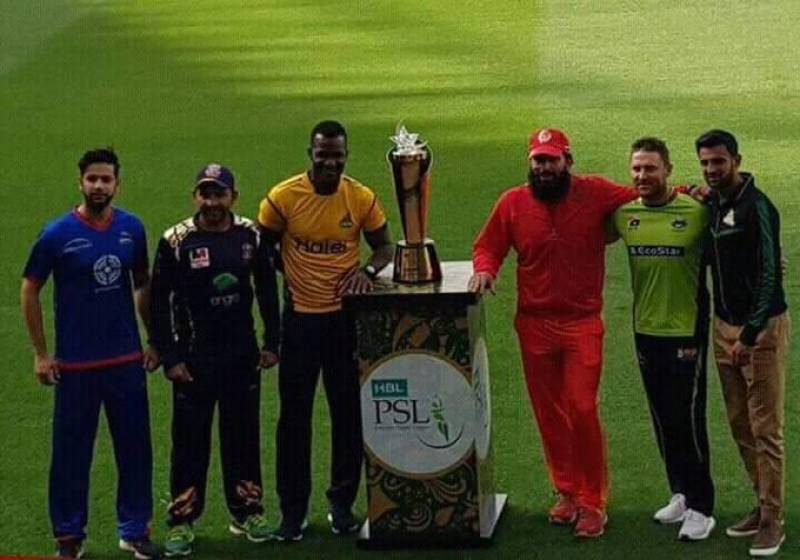 DUBAI - The trophy for the third season of the Pakistan Super League (PSL) was jointly unveiled by the captains of each of the PSL franchises at a ceremony held at Dubai cricket stadium on Tuesday.

The trophy was brought to the venue in a limousine, from where the captains of the PSL teams took it to the main ceremony.

The third season of the PSL will kick off in Dubai on February 22 with a star-studded ceremony headed by the legendary Sufi singer Abida Parveen and American pop star Jason Derulo.

Pakistani heartthrobs Ali Zafar and Shahzad Roy will also be entertaining fans at the event. 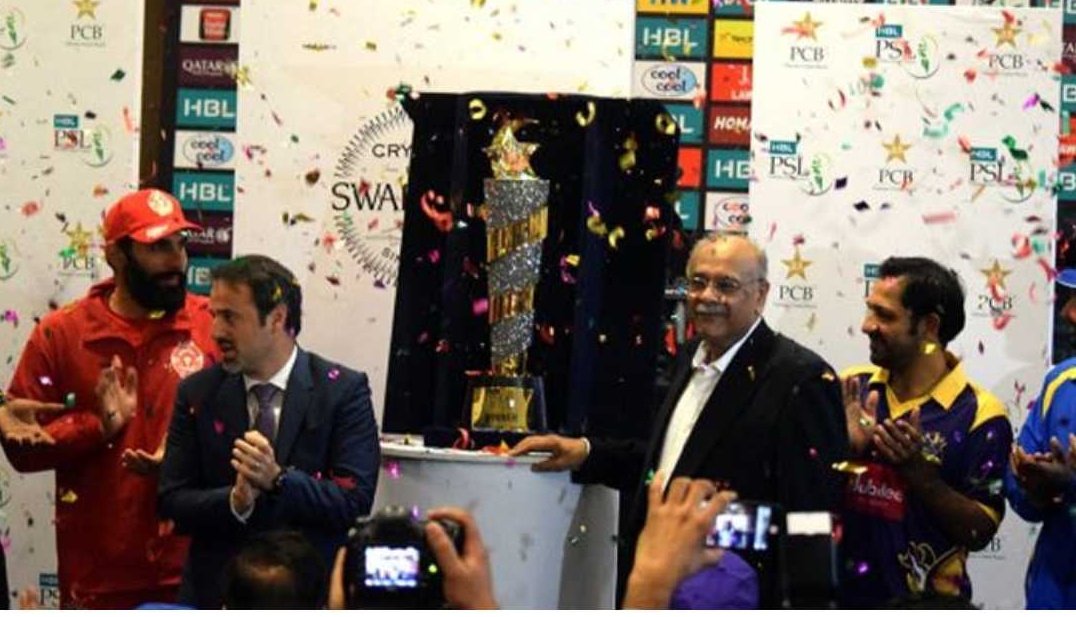 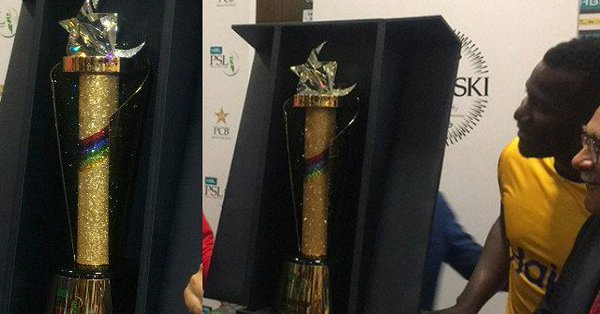 A total of 34 matches will be played across different venues in Dubai, Sharjah, and Lahore. The final is to be held in Karachi on March 25, according to the PSL schedule. 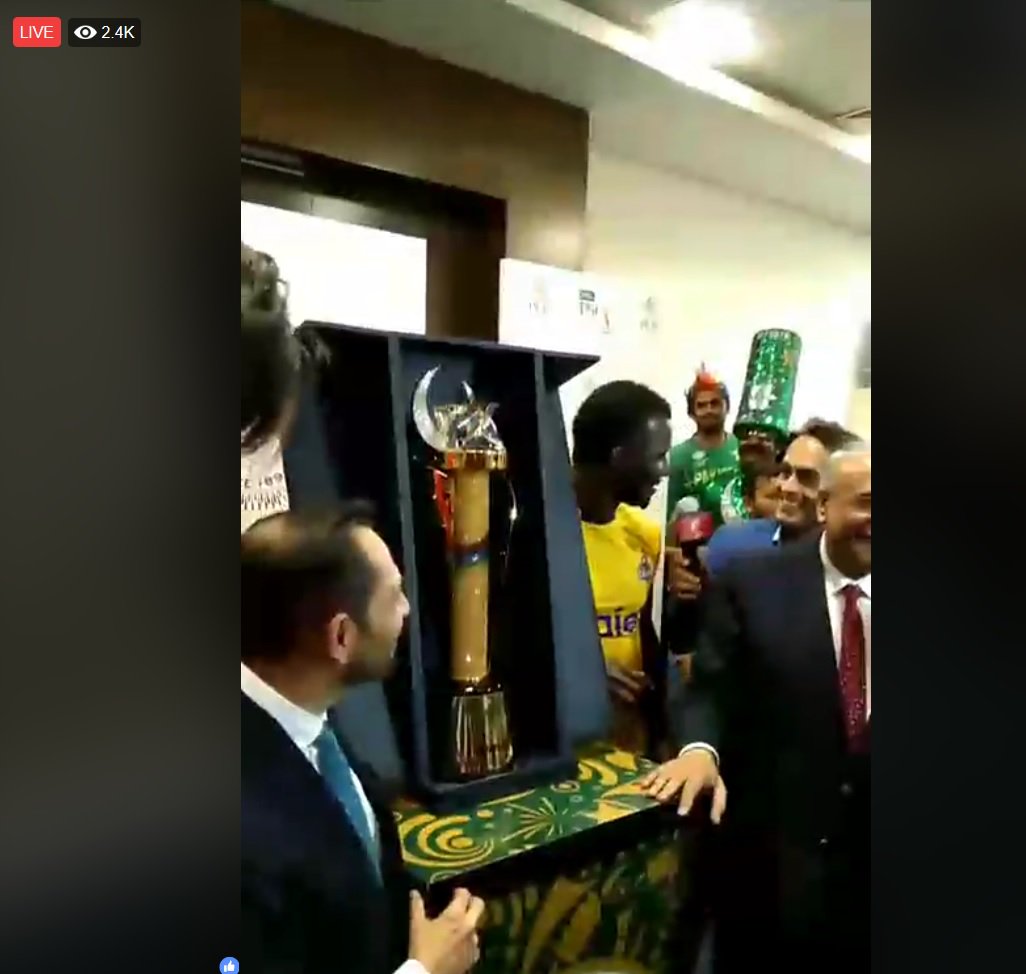