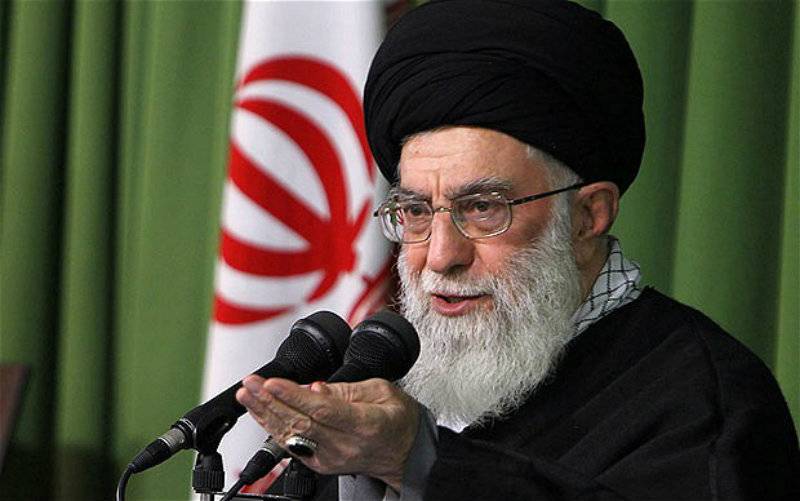 The statement comes just a day after the visits of Pakistani Prime Minister Nawaz Sharif and Army Chief Gen Raheel Sharif to Riyadh and Tehran, who reached the Gulf nations after a ‘volatile’ situation arose during last few weeks.

In a statement published on the his official website, Khamenei also thanked Revolutionary Guards for detaining a group of US sailors in the Gulf last week, adding they had done the right thing.

Prime Minister Nawaz Sharif and Army Chief General Raheel Sharif visited Tehran and Riyadh in a bid to ease tensions between Saudi Arabia and Iran, which appear quite successful.

Speaking to journalists in Tehran on Tuesday, Nawaz told journalists that Saudi Arabia and Iran have appreciated Pakistan’s initiative and both have stated that they do not wish for enmity among themselves and hope for cordial relations.

The prime minister stressed that Pakistan’s priority was to end the tensions between Saudi Arabia and Iran. To help the matter Pakistan and Iran have decided to appoint a focal person for effectively resolving the Saudi-Iran standoff. The prime minister added that Pakistan will ask Saudi Arabia to appoint a focal person as well.

The attack on the embassy, which followed the execution of a prominent cleric by Saudi Arabia, soured diplomatic relations between the two countries.