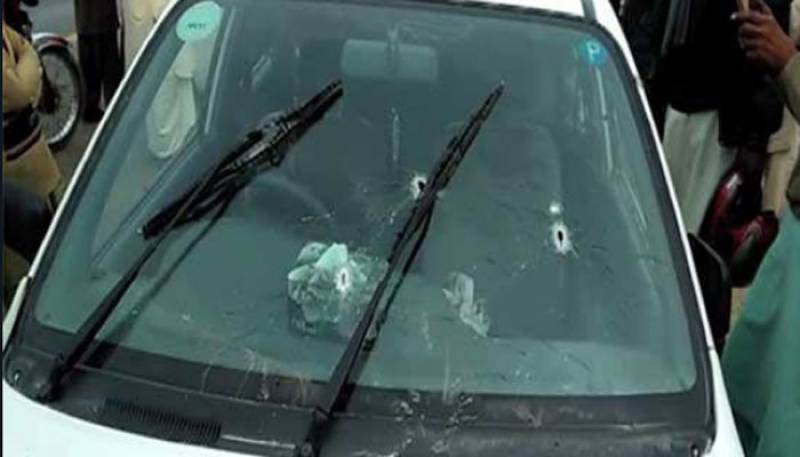 LAHORE – Footage recorded from a cell phone has exposed the Counter-Terrorism Department’s inconsistent claims on Sahiwal shootout, in which four people including two women were shot dead by the policemen on Saturday.

The new footage, recorded from inside a car parked near the site of the incident, shows CTD officials intercepting the car with the help of a police van.

Then, as seen in the video, the CTD officials take the children out of the car and spray the vehicle with a volley of bullets with the remaining passengers inside. The video also shows the CTD officers leaving the shooting site immediately without preserving the ‘crime scene’.

The alleged shootout left four people, including a husband, wife and their teenage daughter, dead on the main GT Road near Qadirabad area.

Earlier, the CTD personnel claimed to kill four people, including a local commander of militant organisation Daesh in the operation. The department claimed that the passengers were killed in the crossfire after the driver opened fire at the CTD team.

It also claimed to recover explosive caches, arms, and ammunition from the vehicle; however, the video shows otherwise.

ISLAMABAD – Prime Minister Imran Khan says as soon as the JIT report comes, a swift action will be taken against ...

Eyewitnesses also disputed the CTD claims and said the people in the car were not armed.

In the latest development, a First Information Report (FIR) has been lodged against 16 CTD officials on the request of the victims' family.