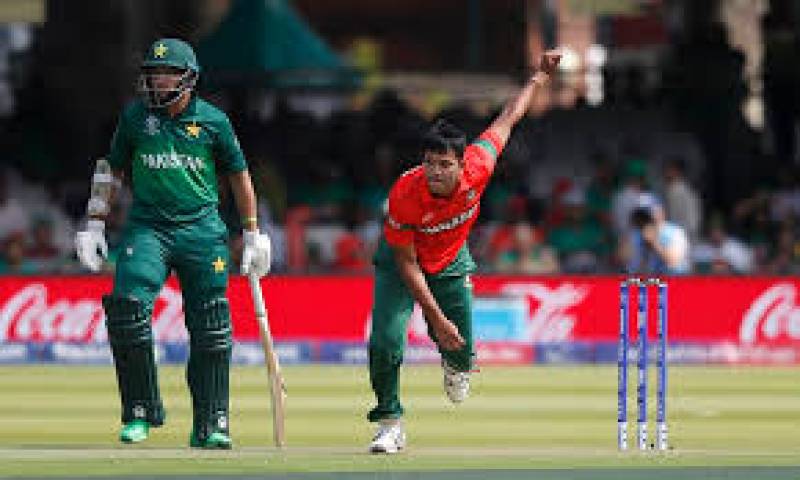 DHAKA - High Commission for Pakistan in Dhaka has issued multiple-entry visas to all members of the Bangladesh National Cricket Team and management visiting Pakistan for matches of different formats.

All the 33 members of Bangladesh Squad, including players and members of the team management and security personnel, as requested by the Bangladesh Cricket Board, said a press release.

As per the agreement between the PCB and BCB, three T20, 2 Test Matches and one ODI series to be played at Lahore, Rawalpindi and Karachi respectively.

It was decided that Bangladesh will play three T20Is in Lahore from January 24-27.

Bangladesh will return to Pakistan for the first World Test Championship (WTC) match, which will be played from Feb 7-11 in Rawalpindi.

The guest team will visit Pakistan again after the conclusion of Pakistan Super League to play an ODI in Karachi on April 3 and second test match from April 5-9.

The upcoming cricket series between Pakistan and Bangladesh is being seen enthusiastically by the Pakistani cricket-lovers as the Bangladesh Cricket team will be visiting Pakistan after 10 long years, said the high commission.

Bangladeshi cricketers have a large number of fans in Pakistan, especially among the younger generation, who are anxiously waiting for their favourite players in action on the cricket field.

Certain media teams from Bangladesh will also be visiting Pakistan for coverage of the cricket series.