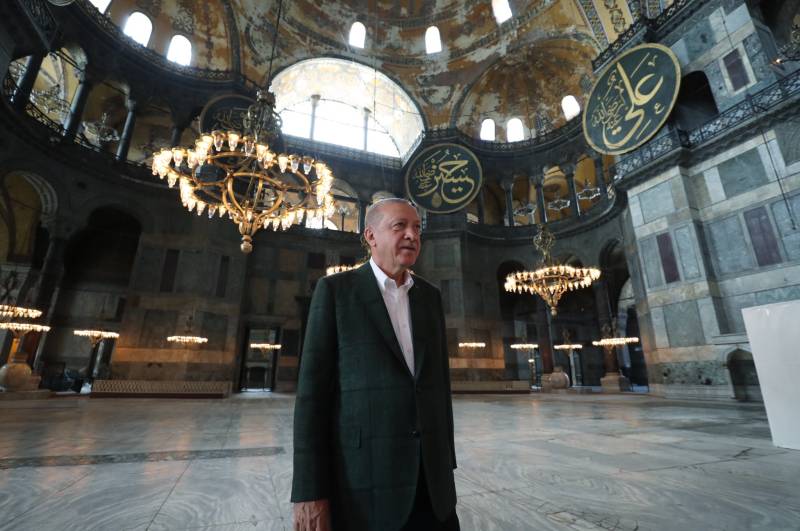 ISTANBUL – Turkish President Recep Tayyip Erdogan on Sunday paid a visit to the Hagia Sophia, days ahead of the first Muslim prayers scheduled for Friday after the museum's conversion into a mosque last week.

In a quick visit, Erdogan who was accompanied by several ministers and the head of the Presidency of Religious Affairs, as well as Culture and Tourism Minister Mehmet Nuri Ersoy and Istanbul Governor Ali Yerlikaya, who briefed Erdogan on the conversion work inside Hagia Sophia.

On July 10, Turkey's highest administrative court, the Council of State, annulled the decree converting Hagia Sophia into a museum.

According to Diyanet, the country's religious authority, Christian icons would be curtained off and unlit "through appropriate means during prayer times".

Authorities said last week the mosaics would be concealed with either curtains or lasers when the first prayers are held. 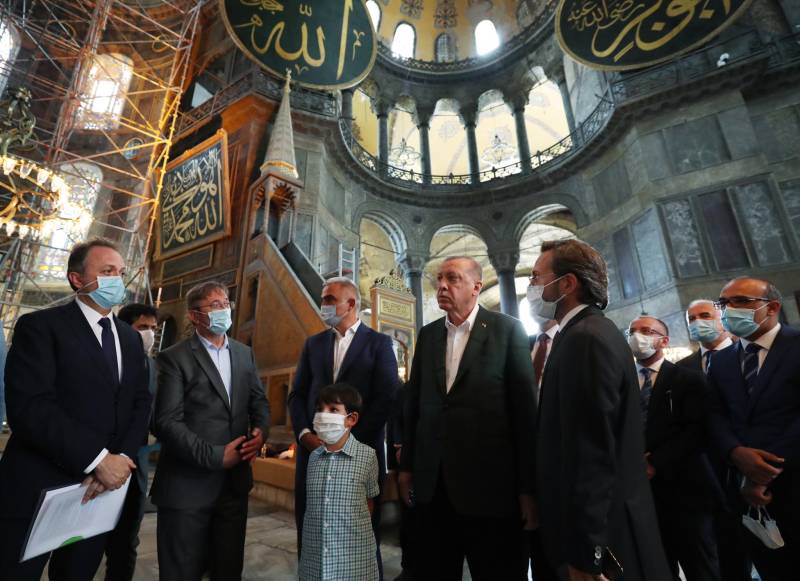 The former Christian cathedral was founded by Byzantine Emperor Justinian on December 27, 537. The church, considered the epitome of Byzantine architecture, was the world's largest building for over a thousand years.

After the capture of Constantinople by the Ottomans and the fall of the Byzantine Empire in 1453, the cathedral was converted into a mosque, but since 1934, the building, by a decree of the founder of the Republic of Turkey, Mustafa Kemal Ataturk, became a museum and was included in the UNESCO World Heritage List.

ISTANBUL - The iconic Hagia Sophia museum in Istanbul has been turned back into a mosque after a top court ruled that ...

Earlier this week, Diyanet said the building would continue to be open to all visitors outside the hours given over to prayer.