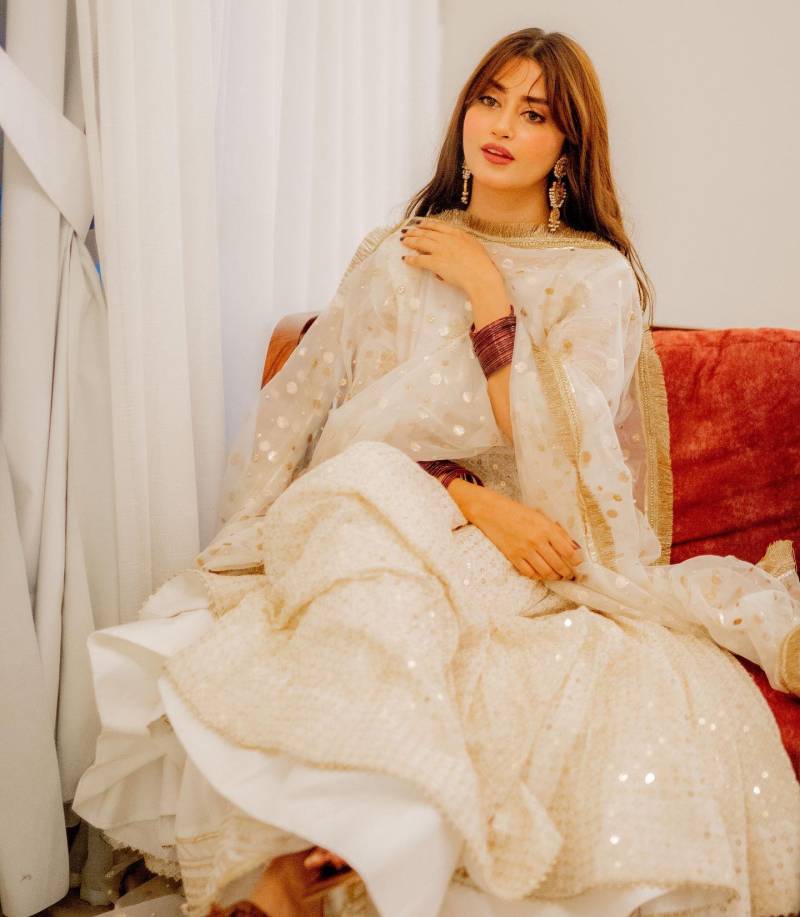 Gorgeous Pakistani actress and sweetheart of Lollywood, Sajal Aly has quite a fun personality and doesn’t shy away from showing what she truly is. Recently, fans caught a glimpse of the Alif actress crushing on a famous celebrity.

Fan-girling over Bollywood actor Shahid Kapoor, back when he was a teenager and was looking adorable, Aly went above and beyond to show her love.

The Gul e Rana actress, however, stayed lowkey after tying the knot with Ahad Raza Mir but now she is back to her old self. It seems that the Yaqeen Ka Safar actress is much more expressive now.

Fans had mixed responses to seeing the bubbly Aly back on track. Many commented that Shahid Kapoor is handsome and loyal too, unlike Ahad.

Sajal’s fans supported her while many criticized that they don’t like Pakistani actors and are obsessed with Bollywood. Nevertheless, Aly took no notice and called it a day.

Sajal Aly made her debut in Bollywood with Mom alongside Sri Devi, Nawazuddin Siddiqui, and Adnan Siddiqui.