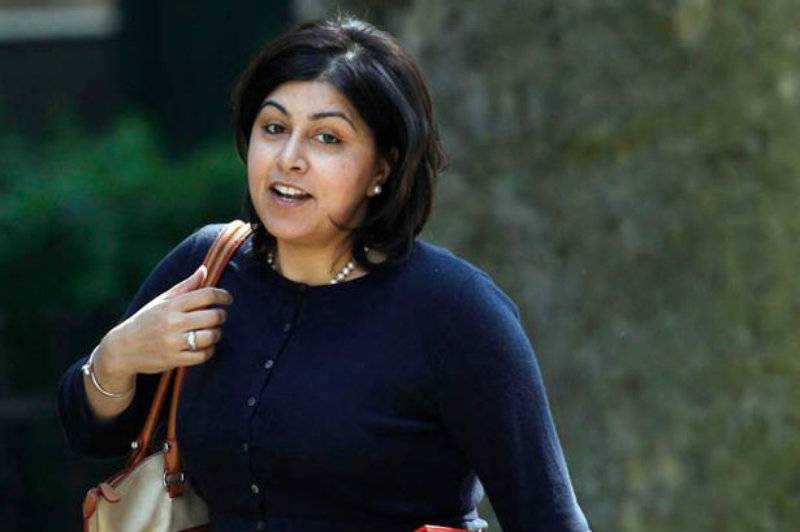 LONDON (Web Desk) - A senior British Muslim politician Sayeeda Warsi on Monday accused the campaign for Britain to leave the European Union of spreading lies, hate and xenophobia, saying she was switching to the "Remain" camp.

Britons will cast their votes on Thursday in a referendum on whether to quit the 28-member bloc, a choice with far-reaching economic and political consequences for Britain and the rest of the continent.

Sayeeda Warsi, a former minister and co-chair of the ruling Conservative Party, accused "Leave" campaigners of wrongly suggesting that staying in the EU would lead to vast numbers of Turks and Syrian refugees coming to Britain in the near future.

"Are we prepared to tell lies, to spread hate and xenophobia just to win a campaign? For me that’s a step too far," she told The Times newspaper.

"I don’t want the Leave camp to be running this country and I don’t want the messages coming out of that camp to form the basis of the kind of Britain that I want to live in and to bring my kids up in," she said.

The official Vote Leave organization was dismissive, with a spokesman saying they did not remember Warsi joining their campaign and were puzzled by her announcement. Warsi had not played a prominent role in the "Leave" campaign but said she had long made the case for quitting the EU.

The "Leave" camp’s key argument has been that Britain would be unable to control immigration levels as long as it was in the EU, while the "Remain" campaign has focused on the economic risks a Brexit, or British exit, would pose.