Hundreds of koalas killed in Australia 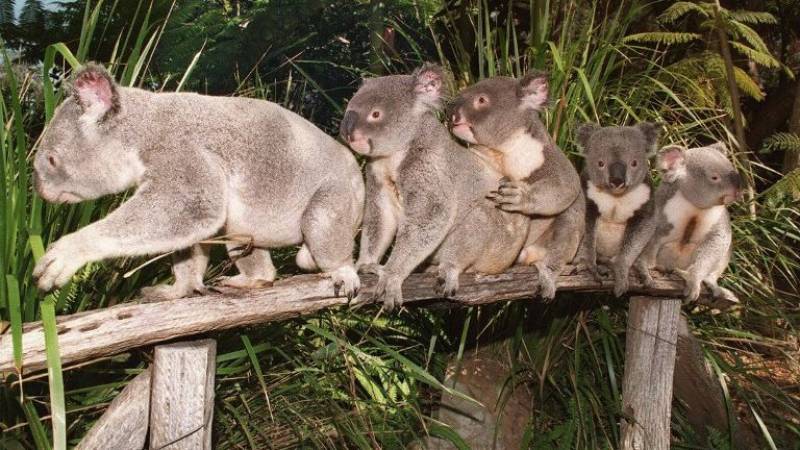 SYDNEY (APP) - Close to 700 koalas have been killed off by authorities in southeastern Australia because overpopulation led to the animals starving, a state minister confirmed Wednesday.

Victorian Environment Minister Lisa Neville said the koalas were euthanised in the Cape Otway area, near the scenic tourist drawcard the Great Ocean Road, in 2013 and 2014.

"The intervention was necessary to prevent suffering of koalas because they weren't able to find enough food," Neville said in a statement.

"Population densities were reaching up to 20 koalas per hectare at Cape Otway."

Neville said a total of 686 koalas were found to be in poor health and were humanely put down by veterinarians in consultation with koala experts and animal welfare personnel.

The minister said she was seeking expert advice on how to manage the issue and wanted to be open with the community on the process, but has not ruled out further culls.

"Experience suggests that moving these koalas does not work and that can in fact cause even greater suffering," she told the Australian Broadcasting Corporation.

"(The number of animals) continues to increase and that's why we need to have a look at a koala management strategy to see whether we can reduce that population growth which continues at a very fast pace."

Despite the population in Cape Otway booming, the much-loved furry animal has been under increasing threat in recent decades elsewhere, with a plunge in population numbers from habitat loss, disease, dog attacks, bushfires and other factors.

Frank Fotinas, who runs the Bimbi Park Caravan Park at Cape Otway, said the koalas were euthanised rather than culled, with many sick or dying from starvation and natural causes.

"The whole of the cape smelled of dead koalas. It smelled like death," he told the ABC, adding that the animals had stripped the trees in the area bare in the hunt for food.

"You should come and look at the trees. There are hundreds of acres of dead trees."

Thought to number in excess of 10 million before British settlers arrived in 1788, the Australian Koala Foundation estimates that there are now less than 100,000 in the wild.

The foundation said koala numbers at Cape Otway were the result of "gross mismanagement".

"The Australian government should hang its head in shame, for allowing a secret cull of koalas," it said in a statement on its website.