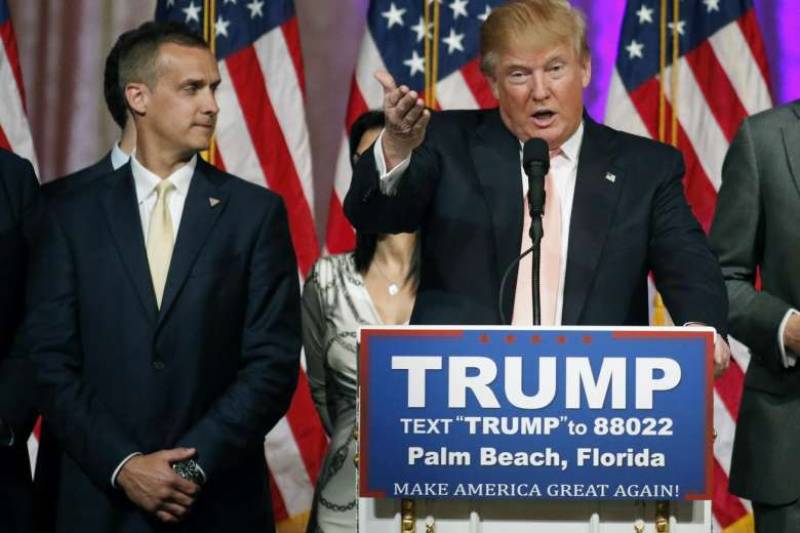 WASHINGTON (Web Desk) - Republican presidential hopeful Donald Trump on Monday shook up his White House bid by letting go of his controversial campaign manager in anticipation for his November showdown with Hillary Clinton.

Corey Lewandowski – who had led the real estate mogul´s campaign from the start and was credited with Trump´s initial breakthrough in the primaries – has recently been sidelined. More experienced political operatives are set to take over from him in the run-up to November 8.

In an interview with MSNBC, Lewandowski said that he had no regrets about working for the Trump campaign, that he will continue to support Trump and that’s it had “been an honor to be part of this from the beginning”.

He added that he would still serve as chairman of the New Hampshire delegation to the Republican convention and that he looked forward to doing so because the convention would be so unique and have “so much flair.”

Asked whether there was anything he would have done differently, Lewandowski said, “I never look back and say what I could’ve done differently. I want to work as hard as I can, and I’ve tried to do that to the best of my ability, and giving 100% of my effort is the best I can do”.