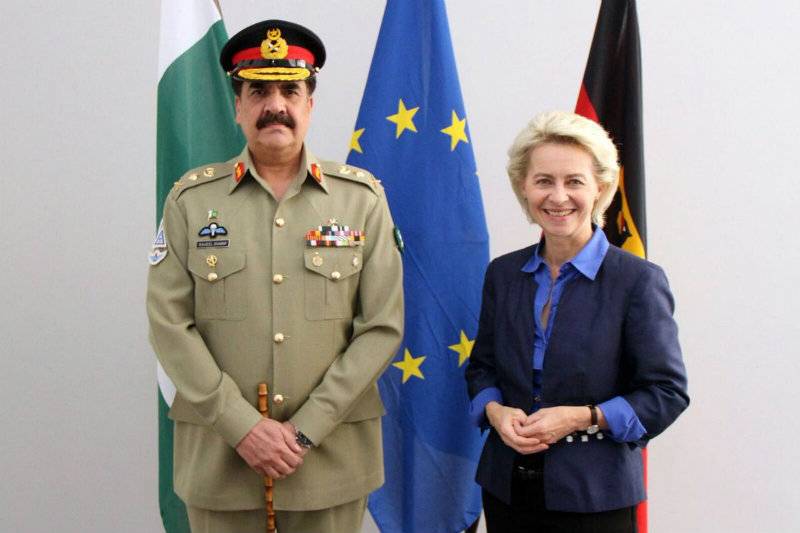 According to the ISPR, the army chiefs met at the “historic Ministry of Defence” in Berlin, where General Raheel was also given a guard of honour.

#COAS given guard of honour on arrival at historic German Ministry of Defence.With him is German Army Chief pic.twitter.com/ZgyUfvGMEC

During the meeting, both the leaders agreed to enhance military cooperation. The political and military leadership of Germany praised the Pakistan army’s sacrifices and accomplishments in the war against terror.

The German military leadership also expressed interest in benefiting from Pakistan’s military experience in the war against terrorism.