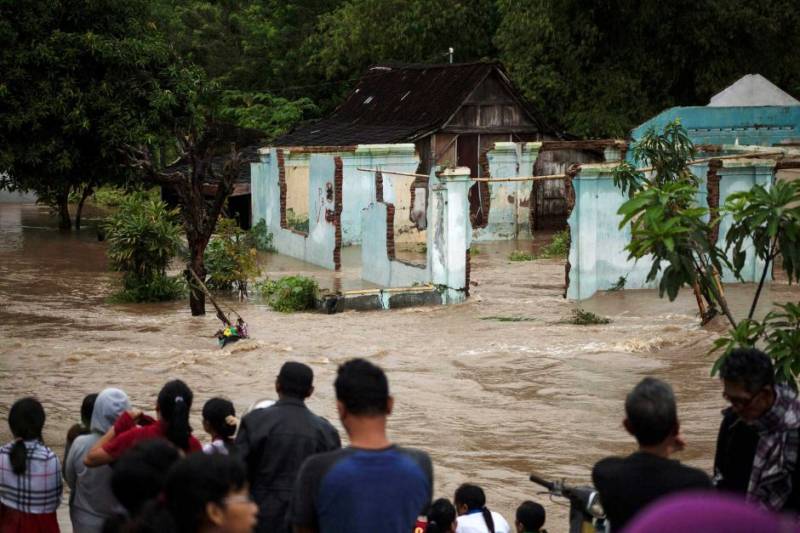 (Web Desk) - Atleast 35 people have been killed after a torrential downpour triggered landslides in the Indonesian province of Central Java on Sunday.

According to the spokesman for the Indonesian Disaster Management Agency, the landslides buried dozens of homes while 25 villagers were still missing in the worst-hit district of Purworejo, where 19 people died.

"Rescue teams from the military, police, NGOs and volunteers, are contributing to the handling of the emergency and the search continues for those still missing," he added.

Areas prone to landslides in the densely-populated province were the worst hit, with drivers swept off roads and dozens of homes destroyed by fast-moving walls of mud, rock and water.

Landslides are not uncommon in Indonesia. Last month, 15 students holidaying at a popular tourist spot in western Indonesia were killed when a landslide swept through their camp ground.