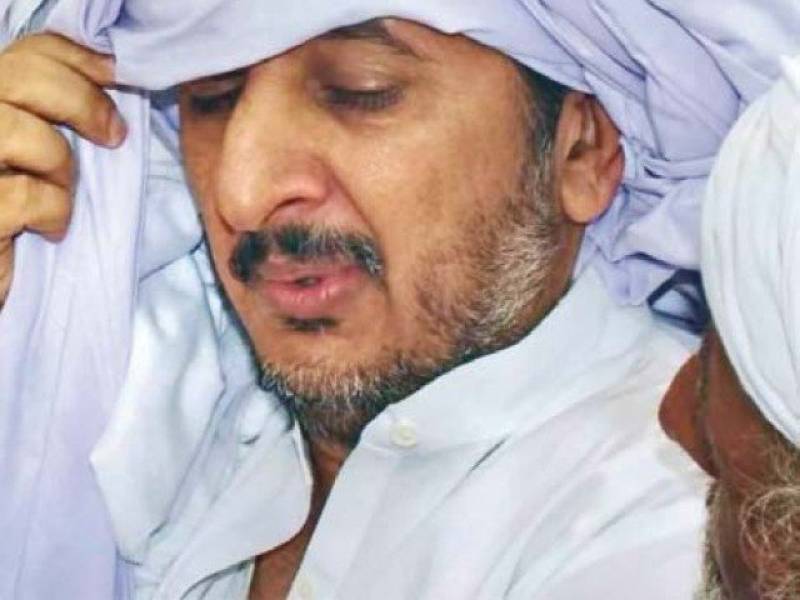 DERA GHAZI KHAN - The senior leader of Pakistan Muslim League Nawaz, Jamal Leghari was grilled by his constituents as soon as he visited his area in the run up for forthcoming general elections.

became furious when people questioned him 'why they should vote for him'.

A video of Leghari's interaction with his people was uploaded to the social media showing him visibly angry when he was questioned about his credibility.

The locals asked him where he was in the last five years when he was a lawmaker citing that they had the right to question a politician in the democratic era.

Upon this Jamal can be seen replying, "Don't talk about democracy, I know democracy better than you".

The former minister addressed his people that they were questioning their tribe's leader for just a vote to cast.

Isn't it shameful, he added.

Riled by the blunt and daring behaviour of locals, Leghari said: " I would see you on elections day".

Sardar Jamal Khan Leghari is a former senator and a leader of the Pakistan Muslim League (N) from the Southern Punjab.

He comes from a family of politicians and landlords. He is the son of former president of Pakistan Farooq Leghari. His grandfather Muhammad Khan Leghari and great-grandfather were both ministers in the British government.

He is the brother of Awais Ahmad Khan Leghari, a Pakistani politician who served as Federal Minister for Power in Abbasi's cabinet from October 2017 to May 2018.