Mufti Aziz ur Rehman, son arrested from Mianwali after 3 days of manhunt 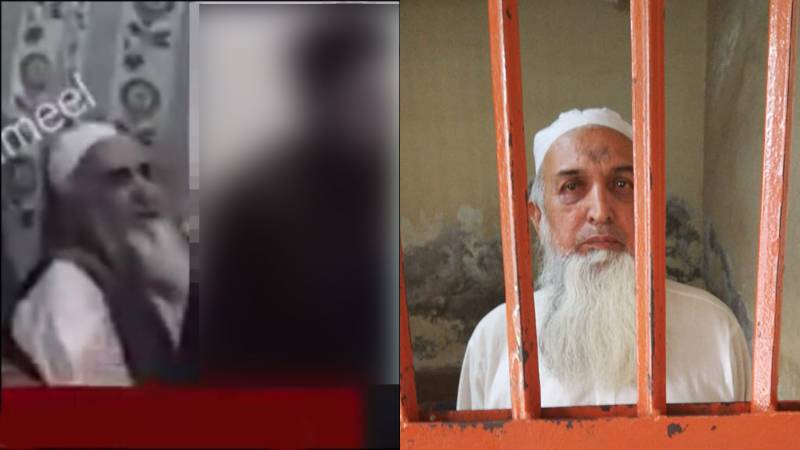 Reports in local media quoting Punjab police spokesperson said the accused was arrested along with one of his sons in a Punjab city.

Earlier, law enforcers had lodged a case against Aziz and his sons, after the victim alleged that he was being blackmailed and threatened by the sons of the culprit. The case was registered on the student’s complaint when police arrived at his local madrassa in Lahore after a video went viral on social media.

The case has been registered at the North Cantt police station on the complaint of the student under Section 377 and Section 506 of the Pakistan Penal Code.

Soon after the official complaint and public outcry, police started conducting raids to apprehend Rehman, but the cleric fled.

It all started when a video showing Aziz sexually abusing one of his students at a seminary in Lahore has gone viral on social media.

Aziz had denied the accusation of sexual abuse in a video statement and claimed that he was drugged by his student before he was filmed.

The video secretly shot by one of the victims shows a 70-year-old seminary teacher sitting on the ground when a boy comes in and sits on his lap. The cleric was later seen indulging in sexual acts with the boy.

A video message of the victim is also circulating on social media. He says the cleric told him that he would kill him if he names him in the sex scandal.

Amid the growing public pressure for action against the suspect, the cleric has issued a clarification, stating that he was being implicated in the sex scandal. Denying his role in the video, he said that a smear campaign was being run against him.

Earlier, the Jamia administration based on the video advised him and his son to leave the campus. The seminary also announced that it would distance itself from any act or statement of the mufti.