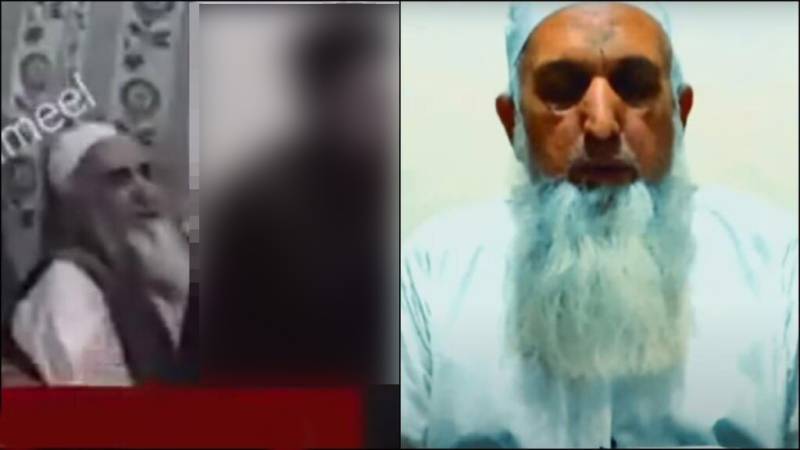 LAHORE – JUI-F leader and former Jamia Asad ul Farooq cleric Mufti Aziz-Ur-Rehman has been booked under sections 377 and 506 for sexually abusing one of his teenage seminary students.

The complainant who hailed from Swat alleged that a 70-year-old religious cleric blackmailed him and another student after hurling false accusations about cheating in exams.

The FIR reads that Mufti Azizur offered the victim to have sexual relations with him if denied he threatened to terminate him from seminary. Adding that, he also informed the administration about the gruesome incident but nobody listened to him. It further added that he secretly filmed the cruel act as he got no other options to end the sexual assault.

The complainant also mentioned that he is getting life threats from the sons of the expelled cleric as some of the close acquaintances of Aziz chased him outside the seminary and uttered threats at him.

On Wednesday, a clip of Aziz surfaced all over social media in which he can be seen sexually abusing a madrasa student.

A video message was also making rounds on social media with the footage by the teary-eyed victim, in which he mentioned life threats after he exposes the cleric.

Soon after the incident, Mufti Aziz, whose membership has been suspended by his party, also shared his side of the story in a video clip. 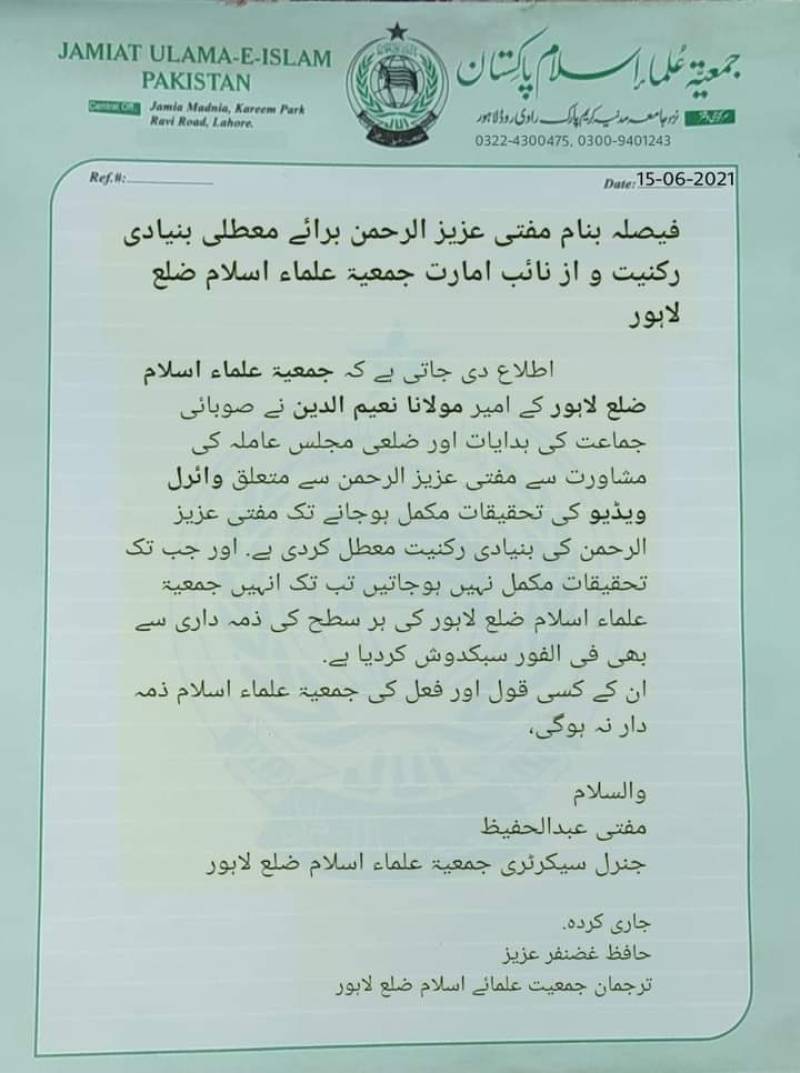 He has the guts to shamelessly confess molestation & blame the video release on Madrassa politics - as if he did nothing wrong! Waiting for religious leaders to condemn this & take action or lose whatever credibility they may have left. #muftiazizurrehman pic.twitter.com/guHUCyMHZw

He also questioned the victim. ‘Where is my accuser? It has been two weeks since he was last seen. I was clearly drugged by this boy, he goes on to detail in the recorded statement.

After consultation, the Jamia administration based on the video advised him and his son to leave the campus. The seminary also announced that it would distance itself from any act or statement of the mufti.