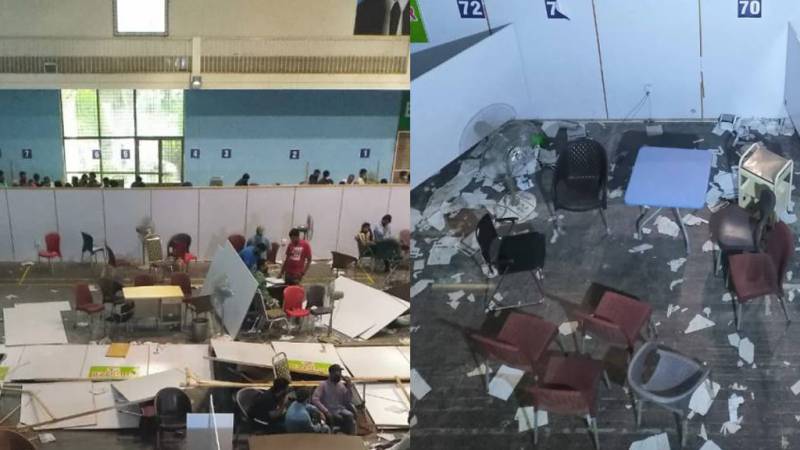 SIALKOT – Angry mob Wednesday ransacked the COVID-19 vaccination centre at Hockey Stadium Sialkot for not getting their desired ‘Pfizer’ vaccine.

Local media reported another mismanagement of the Primary Health Department in Sialkot where locals thrashed the vaccination centre and hit the staff.

Reports quoting sources said the vaccination centre has limited staff and space to administer the vaccination. As the authorities closed the doors due to the rush, some locals started attacking the staff in a bid to get the jab.

The angry mob later vandalized the whole setup. The centre in charge managed to flee from the spot while people started ransacking the equipment. Many citizens got injured as the law enforcers failed to stop the mob from destroying the centre.

The report further cited that the authorities only established three vaccination counters at the centre while hundreds of people were queued to get vaccinated.

Some of the attackers are said to be expatriates who wanted ‘AstraZeneca’ or ‘Pfizer’ jabs as many foreign countries including Saudi Arabia didn’t approve the Chinese vaccines. Pfizer doses are only available in the country’s federal capital and there is also limited availability of AstraZeneca as Pakistan is currently banking on China to vaccinate its population.

ISLAMABAD – Major vaccination centers in Karachi and Lahore are witnessing a shortage of Covid vaccines as many ...