Pakistan to open COVID vaccination registration for all citizens after Eid 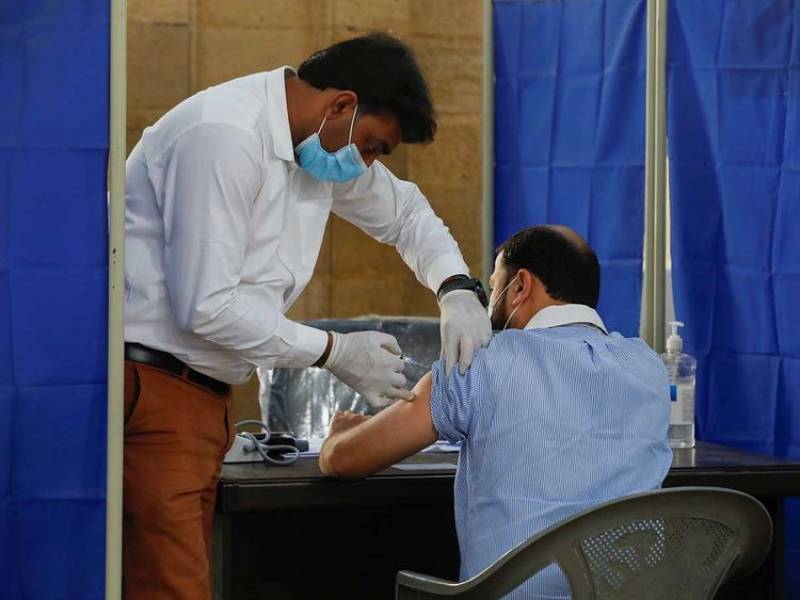 ISLAMABAD - Minister for Planning, Development and Special Initiatives Asad Umar announced on Thursday that the government has planned to open registration for Covid-19 vaccination for all citizens of all age group after Eid.

He shared the intentions during a conversation with a group of select journalists.

He also warned that next few weeks are critical for the ongoing third wave of the pandemic in the country.

Umar highlighted that more than one million people in the country have been administered with vaccine under the government-run campaign.

Terming China a primary source for vaccination for Pakistan, he said that Cansino Covid-19 vaccine will also be available in the country after Eid.

At least 98 people lost their lives due to the third wave of the novel coronavirus infection while 5,329 fresh cases have reported in the last 24 hours, National Command and Operation Centre (NCOC) said Thursday.

According to the latest figures from the National Command and Operation Centre (NCOC), the death toll has surged to 15,124 while the number of confirmed cases stands at 705,517.

In the past 24 hours, as many as 2,610 patients have recovered from the deadly virus while the total recoveries stand at 623,399. As of Thursday, the total count of active cases was recorded at 66,994 and the positivity rate stood at 10.69 percent.

ISLAMABAD – Pakistan is all set to start the local manufacturing of the Russian COVID-19 vaccine Sputnik V in ...