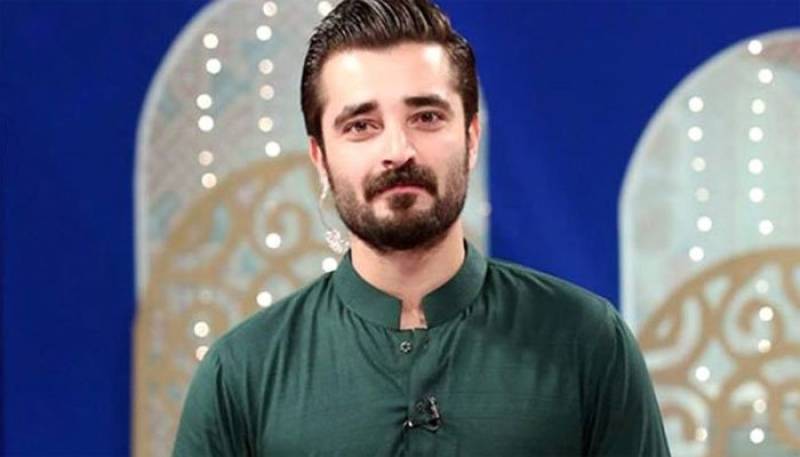 KARACHI – Pakistan actor Hamza Ali Abbasi has become the latest celebrity to join the debate sparked after Prime Minister Imran Khan’s statement where he blames the vulgarity for increasing sexual violence, including rape.

The Payara Afzal actor took to Twitter and shared two verses of the Holy Quran, one of them was tweeted by Jemima Goldsmith, former wife of the premier, stating that the onus is on men.

The other verse shared by Abbasi explains how the women should spend their lives.

God’s message for those men and women who say they are Muslim. Quran 24:30-31 pic.twitter.com/nWsru4zhQ4

He captioned the tweet as “God’s message for those men and women who say they are Muslim”.

On Wednesday, Jemima Goldsmith, the former wife of Prime Minister Imran Khan, lashed out at her ex-spouse over his statement where he blames the vulgarity for increasing sexual violence, including rape.

Taking to Twitter, Jemima hoped that Imran Khan’s statement is a misquote/ mistranslation, adding that the onus for the crime is on the men.

She cited a verse of holy Quran as: “Say to the believing men that they restrain their eyes and guard their private parts." “The onus is on men,” she added.

Sharing an article by Daily Mail, she added: “I'm hoping this is a misquote/ mistranslation. The Imran I knew used to say,  ‘Put a veil on the man's eyes not on the woman’”.

I'm hoping this is a misquote/ mistranslation. The Imran I knew used to say, "Put a veil on the man's eyes not on the woman." https://t.co/NekU0QklnL

Last week, PM Imran Khan has drawn flat after he blame the fahashi (vulgarity) for a rise in rape cases in the country.

The cricketer-turned-politician expressed his remarks during a live question and answer session with the public on Sunday.

Responding to the question, the premier said it was evident from the history that vulgarity led to increase in sexual crimes and collapsing family system.

He added that the concept of pardah (covering up or modesty) is to avoid temptation, adding there are many people who did not have the willpower to avoid it.

Urging society to play its role to tackle such crimes, he said that the government will introduce legislation to save women from such attacks.