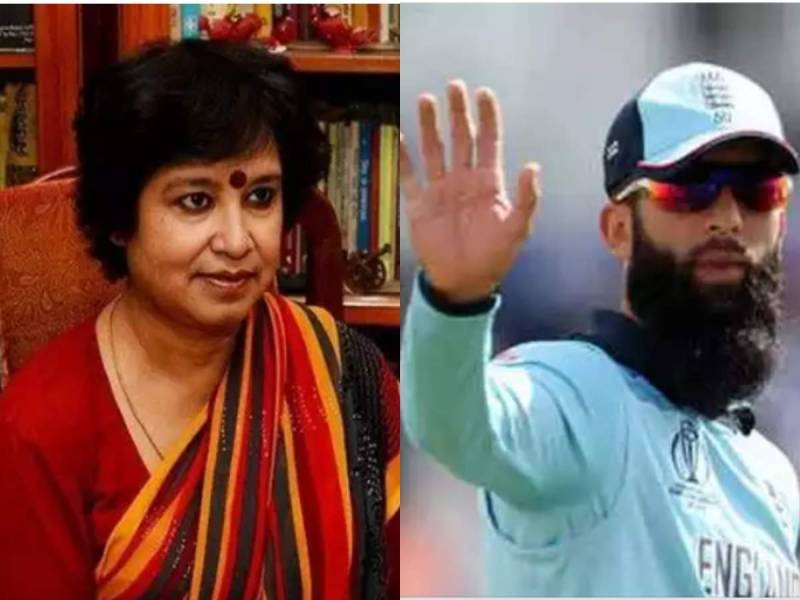 LAHORE – Bangladeshi banned Sweden-based author Taslima Nasreen is facing severe backlash after tweeting that England's all-rounder would have become a terrorist if he did not become a cricketer. 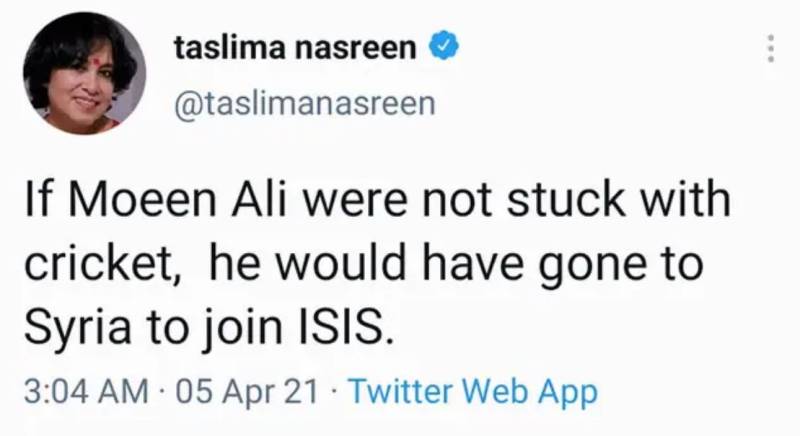 Are you okay ? I don’t think you’re okay https://t.co/rmiFHhDXiO

The social activist later deleted the post soon as her tweet went viral. However, later she clarified that her comment on Moeen Ali was nothing but ‘sarcasm’.

Sarcastic ? No one is laughing , not even yourself , the least you can do is delete the tweet https://t.co/Dl7lWdvSd4

The 26-year-old then gave an antidote to her venomous attack with a sharp reply: “Sarcastic? No one is laughing, not even yourself, the least you can do is delete the tweet”.

This is the problem with this app. People being able to say stuff like this. Disgusting. Things need to change, please report this account! https://t.co/uveSFqbna0

The reason for Taslima’s tweet is not clear, but it may have been in response to the removal of the alcoholic product logo from his team jersey or his growing facial hairs. If not then it may come from the wife of an English player who wears a hijab each time she goes out in public.

Meanwhile, the father of Moeen Ali commented on the matter as he was deeply hurt by Taslima’s comments. ‘I am hurt and shocked to read Taslima Nasreen’s vile remark against my son Moeen. In her “clarifying” tweet, where she described her original remark as sarcasm, she also says she stands against fundamentalism.”, he added.

Nasrin who completes 25 years of exile abroad has stirred many controversies in the past as well. The atheist writer fled Bangladesh in 1994 after receiving death threats over her criticism on Islamic ideology.