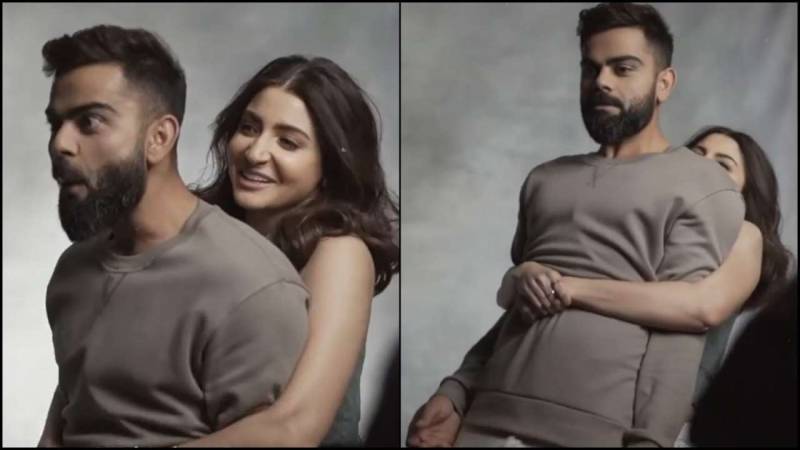 Bollywood diva Anushka Sharma and cricketer Virat Kohli have a massive fan following as they are adored by the masses.

Leaving her followers amused, the 32-year-old posted a goofy video with husband Virat Kohli where she lifts him up effortlessly.

Turned to her Instagram handle, she posted the video from the sets of a shoot where she flexes her biceps proudly. Lifting Virat off the ground, Anushka captioned the video “Did I do it?”.

Once, she lifts him up successfully, the Sultan actress beams on her victory.

The couple recently welcomed their daughter Vamika. They got married in 2017.

Indian cricket team's captain Virat Kohli and his wife Anushka Sharma welcomed a new member in their family on January ...