Is Khalilur Rehman Qamar working on an Ertuğrul-style story? Watch the latest interview 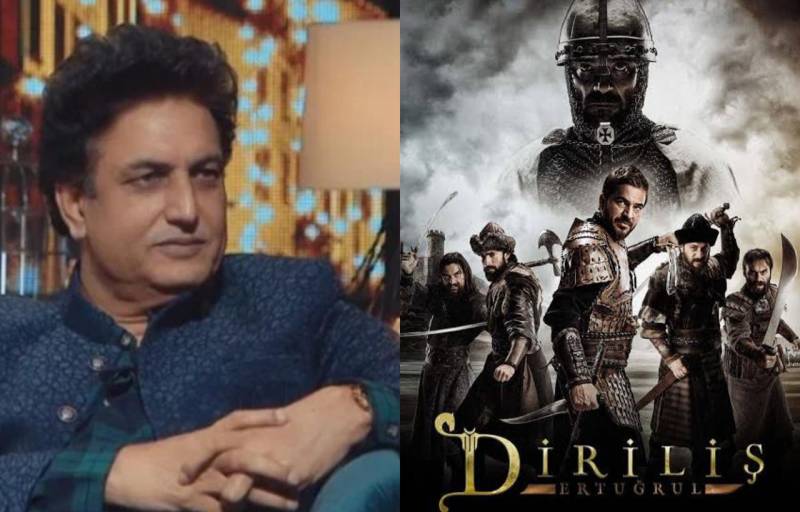 Meray Pass Tum Ho writer Khalil ur Rehman Qamar has always been in the limelight for his extraordinary storytelling skills and misogynist comments.

Apart from his blunt views and chauvinist rants about feminism, Qamar left the fans delighted as he revealed that he will be working on a script similar to the popular Turkish period drama, Dirilis: Ertugrul.

Recently, Khalil-ur-Rehman was spotted in the show Ghabara Mana Hai with the versatile host Vasay Chaudhry. The 59-year-old was asked about the rumours of him writing a project like Ertugrul.

"I have watched drama series Ertugrul and I just love that. I have said this many times that it’s a high time we should introduce our heroes to our public now.”, he said.

Further, he responded affirmatively to the question that if it would have horses and swords and an exciting storyline.

The host probed in that who will play the hero to which he laughingly said Humayun Saeed might play as the hero.

Entangling himself in yet another controversy, the Meray Paas Tum Ho writer Khalil-ur-Rehman Qamar's public spat with ...