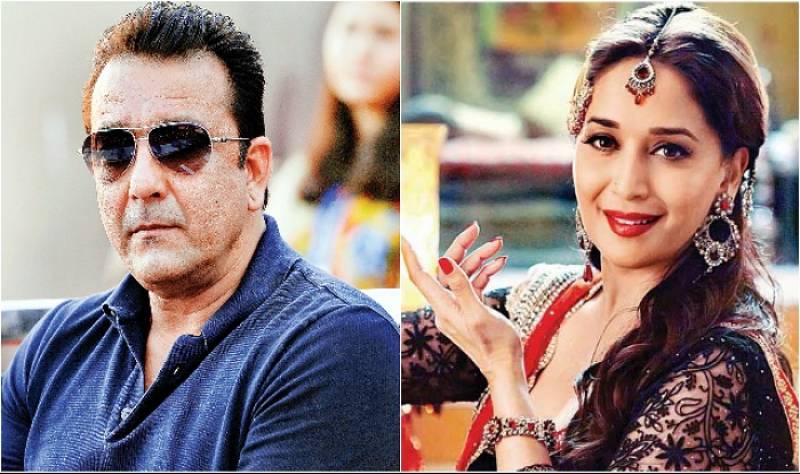 MUMBAI -  Bollywood actors Sanjay Dutt and  Madhuri Dixit will be sharing the screen space after 21 years in Abhishek Varman’s Kalank. The actors, who were last seen together 21 years ago, reportedly shot for their portions in the movie.

According to local Indian channel, the 90's famous Bollywood couple kicked off shooting for their portions together last week on the Kalank set at Chitrakoot Grounds in Mumbai.

A source revealed to the daily, “Sanjay and Madhuri shot a couple of dramatic sequences together over three days with co-stars Varun Dhawan and Alia Bhatt. While Varun’s portions were wrapped up in two days, Alia was present on the set for a day after which she headed to Bulgaria to resume work with Ranbir Kapoor on Ayan Mukerji’s Brahmastra."

The source further shared, “It’s not like Sanjay and Madhuri were conned to be a part of Kalank. They were well aware that the film will require them to shoot together which is why both Sanjay and Madhuri sat down to discuss the same, even before signing the dotted line.

Furthermore," Now that they are officially on board, they are only excited to be a part of Karan Johar’s ambitious project that has been in the making for 15 years. They want to contribute in the best way possible and make it one memorable film.”

The two actors have given many hits together in the 90s, including Thaanedaar, Khalnayak and Saajan.