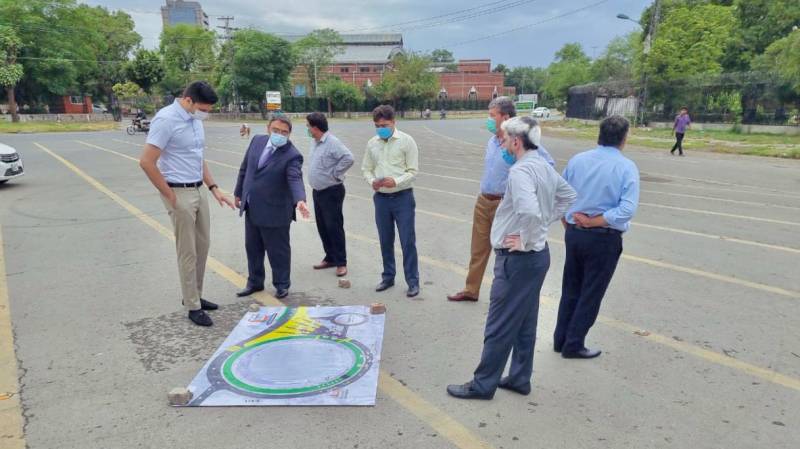 LAHORE – The country’s second-most populous city will get its first drive-through vaccination center in the Punjab capital.

Reports in local media cited that the operations of the first drive-through center will kick off near the Gaddafi Stadium tomorrow (Sunday).

Assistant Commissioner Model Town Arbab Ibrahim has been given charge as the focal person for the initiative of the Punjab government. Ibrahim while speaking with a private TV channel said that the residents of the provincial capital will be able to get vaccinated without leaving their vehicles.

The officer also took to his Twitter handle where he shared the development. ‘Finalising the groundwork for the first drive-through vaccination facility for the public in Pakistan to be set up in Nishter Park sports complex Lahore thanks to efforts of DC Lahore and BOP," the post reads.

Finalising the groundwork for the first drive-through vaccination facility for public in Pakistan to be set up in Nishter Park sports complex Lahore thanks to efforts of @DCLahore and BOP. #CovidVaccinationsPunjab pic.twitter.com/QALIz2mGjY

The vaccination center is being made operational in collaboration with the district administration of Lahore and the Bank of Punjab.

Last year, a drive-through testing facility was launched by a private laboratory in Lahore to facilitate the individuals to test for Covid-19 last year.

Meanwhile, the authorities have also ramped up arrangements to vaccinate maximum people. As of now, more than 8 million people across the South Asian country have been vaccinated against the novel disease.

Islamabad – Pakistan has received another batch of one million doses of China’s Sinopharm vaccine to help ...

On Saturday, Pakistan received another batch of one million doses of China’s Sinopharm vaccine to help it stem the spread of Covid-19 that has infected over 900,000 people and claimed more than 20,000 lives in the country.