Pakistan hit by Covid vaccine shortage amid ‘lack of coordination, disruption in supply’ 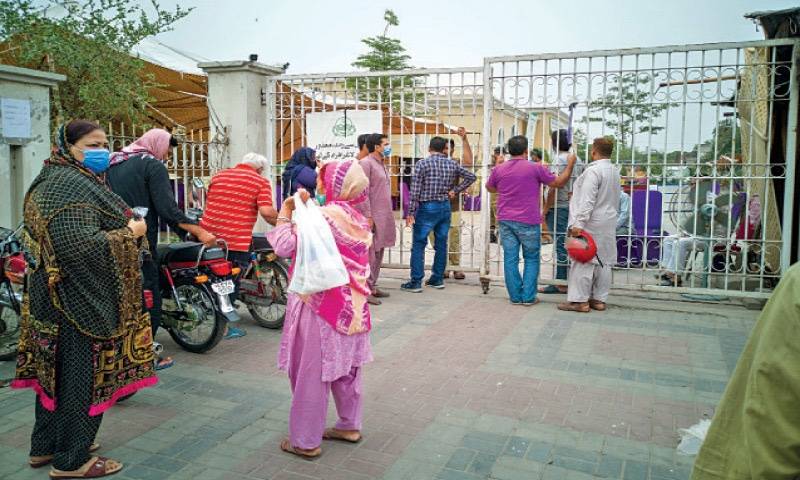 ISLAMABAD – Major vaccination centers in Karachi and Lahore are witnessing a shortage of Covid vaccines as many people on Tuesday returned home without getting the jab amid a lack of coordination between the government bodies and the disruption in supply.

The shortage stemmed from the exhaustion of Chinese and European vaccine stocks, compelling federal authorities to dispatch around 150,000 reserved doses in an emergency to Sindh and Punjab to meet their daily requirements.

Meanwhile, the authorities have also alarmed Beijing and COVAX for the provision of vaccine shipments.

An official of the National Health Services, Regulations, and Coordination (NHS,R&C) speaking with an English newspaper told that the authorities are facing a shortage of different Chinese and European vaccines that are being used to inoculate masses.

Furthermore, Chinese vaccines - Sinopharm and SinoVac - are only being administered to those requiring the second dose while it further added that stocks of AstraZeneca are also near exhaustion.

Reports cited that a large number of youngsters were refused vaccination in Sindh’s capital along with other mega vaccination centers.

On the other hand, National Health Services official revealed that they have dispatched 100,000 doses of different vaccines to Sindh including 90,000 doses of Chinese vaccines and 10,000 doses of AstraZeneca after the shortage of vaccines and asked the provincial authorities to divert the vaccines from under-utilized COVID-19 vaccination centers to mega centers to facilitate the people.

The officials also mentioned dispatching 50,000 doses of various vaccines to Punjab to continue the vaccination process at its mega vaccination center.

KARACHI – People refusing Covid vaccination in the southeast province will be sacked from their jobs, Sindh IT ...

As around 0.3-0.4 million people are inoculating the vaccine on daily basis, federal authorities said the task of procuring the vaccines had been assigned to the National Disaster Management Authority NDMA by relieving the National Health Ministry of the task.

Adding that NDMA was not only dealing with Chinese manufacturers but it was also negotiating with Pfizer vaccine but added that so far, it failed to make to strike a deal with them.

It further revealed, the officials were relying heavily on NIH for preparation and filing of single-dose Chinese vaccine Cansino from the bulk concentrate from China, which is being given the name of PakVac but NIH also failed in managing the sustained supply of the single-dose vaccine.

The shortage of Covid vaccine has also affected the mobile vaccination units in various parts of the country including the Drive-Through Vaccine Facility in the cultural capital.

ISLAMABAD – At least 59 people lost their lives due to the third wave of the novel coronavirus infection while ...