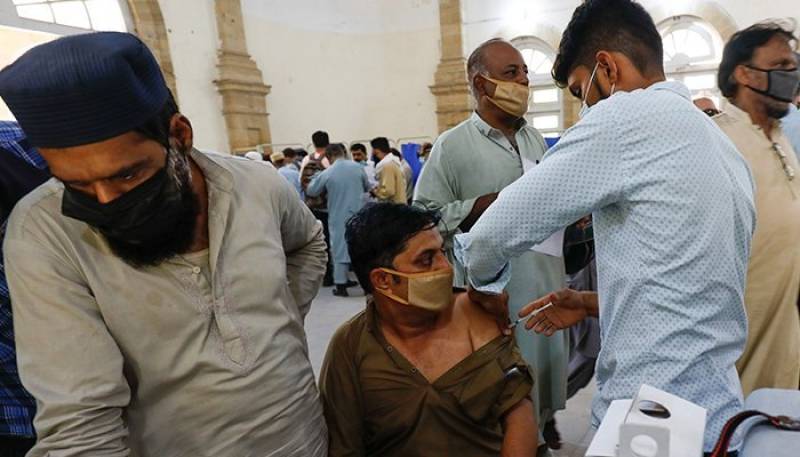 KARACHI – People refusing Covid vaccination in the southeast province will be sacked from their jobs, Sindh IT Minister Taimur Talpur announced Wednesday.

Speaking in a morning show on a private news channel, the PPP leader revealed that authorities will block the SIM cards of unvaccinated citizens besides issuing show-cause notices.

He further added that the Sindh government has not announced any deadline for the vaccination but citizens should get the vaccine at the earliest. Adding that, the deadline will be announced by the first week of next month.

Meanwhile, the salaries of government employees have already been linked to their vaccinations. Any public worker who doesn’t get the vaccine will not receive the salary.

LAHORE – The Punjab Primary and Secondary Healthcare Department has prepared recommendations regarding newer ...

Sindh CM Murad Ali Shah had also taken notice of fake vaccination certificates being distributed at the Expo Centre in the provincial capital. He called on the interior ministry and the Sindh IGP police to take strict action against perpetrators.

The South Asian country has achieved a major milestone of more than 10 million doses of the Covid-19 vaccine being administered, as per the government’s statistics while the authorities aim to vaccinate 70 million people by the end of 2021.