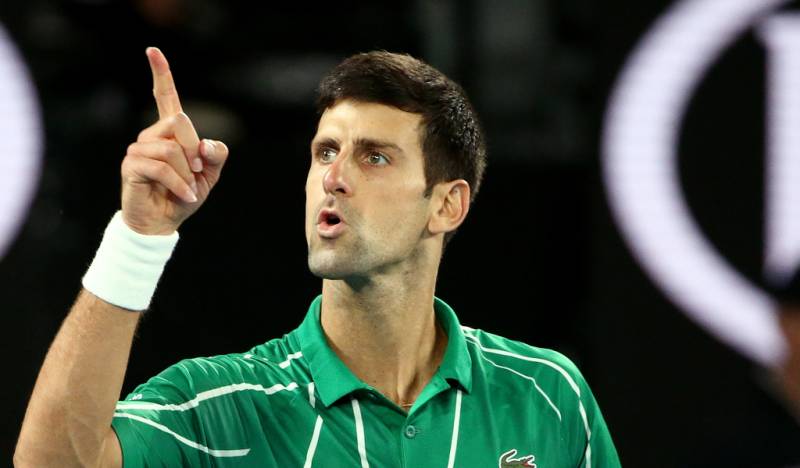 MELBOURNE – Top tennis star Novak Djokovic has been taken into immigration detention for the second time in Australia after his appeal against the second cancellation of his visa to be heard in court.

Djokovic, the world’s top-ranked tennis player, will remain in detention until the outcome of a court hearing to overturn the cancellation of his entry permit a second time.

The 34-year-old decided to start a legal tussle against Australian authorities to avoid being deported from Australia as he denied taking the Covid vaccine. He was interviewed by the Australian Border Force on Saturday at an undisclosed location to avoid unwanted media hype.

If his second appeal is successful, he will be allowed to compete in the Australian Open draw on Monday while the tournament has largely been overshadowed by Australia's government stern rules against the novel disease.

On Friday, Djokovic's visa was revoked for the second time by Australia's immigration minister, but the government has agreed not to deport him over the weekend before his case has concluded.

Djokovic's legal consultant told the court that the immigration minister had used his personal power to cancel the visa of the tennis star.

Earlier, the 'anti-vaxxer' tennis star claimed that he was under the impression he could enter because two independent panels associated with Tennis Australia and the Victorian state government had granted him an exemption on the grounds that he had been infected with Covid-19 in December.

Meanwhile, the federal government argued that, under its rules, previous infection with Covid-19 is not a valid reason for an exemption.

His visa was first revoked shortly after his arrival on January 5, but a court ruled earlier this week that border officers had been unreasonable when they canceled his initial visa to enter Australia. The judge then ordered Djokovic to be freed from immigration detention.

The deportation saga continued this week and caused another controversy in Australia and abroad when Novak admitted that he attended a newspaper interview and photoshoot while being infected with Covid-19.

The tennis ace entered into the Australian Open despite lingering doubts over his ability to play as he attempts to win a record 21st Grand Slam title. He was set to face fellow Serbian Miomir Kecmanovic in his first match.

Novak has won the past three Australian Opens, part of his overall Grand Slam haul of 20 championships, and is tied with Rafael Nadal and Roger Federer for the most by a man in history.

SYDNEY – Tennis ace Novak Djokovic has won his court battle in Australia after his visa was canceled due to his ...