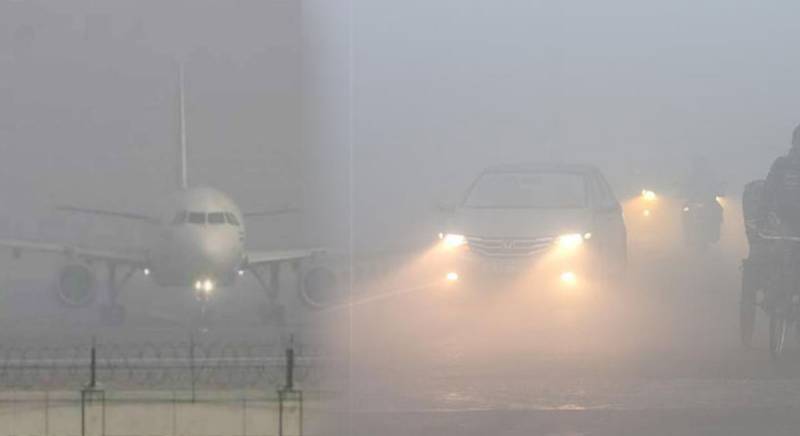 LAHORE – Passengers saw their travel plans disrupted after several flights were canceled or rescheduled and motorways were closed amid the dense fog in parts of Punjab.

In a similar development, four students died and eight suffered injuries after a trailer crashed into a three-wheeler near Bahawalpur’s Kalanch Wala. The accident reportedly occurred due to low visibility.

LAHORE – At least nine people were injured after several vehicles rammed into each other, resulting in a pile-up ...

The motorway police have also advised drivers to turn on fog lights and drive at a very slow speed.

On the other hand, the Met Office has forecast another spell of rain and thunderstorms in Lahore, Rawalpindi, Islamabad, Gujrat, Narowal, Nowshera, Peshawar, Bajaur, Waziristan, Kohistan, Mansehra, Abbottabad, Swabi, and Mardan.