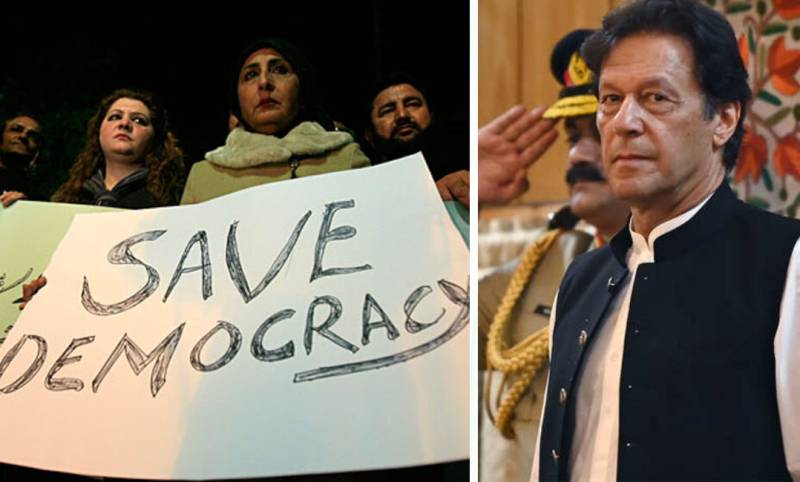 In the latest report of London-based research corporation Economist Intelligence Unit, Pakistan has improved one spot since last year to rank 104th out of 167 countries as global democracy continued its decline amid covid pandemic.

Islamabad's overall score is 4.31 while Pakistan, Turkey, Nigeria, and Bangladesh and 34 nations are categorized as hybrid democracies. 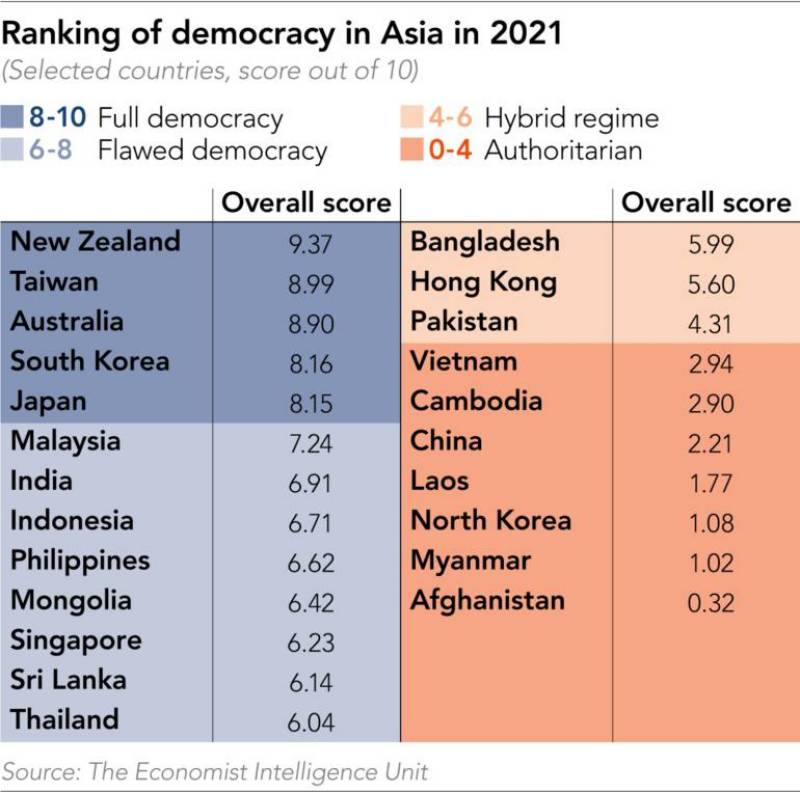 EUI report, which categorizes the state of democracy across 167 territories on the basis of electoral process and pluralism, the functioning of government, political participation, democratic political culture, and civil liberties, reveals that just only 6.4 percent of the world enjoy full democracy.

Amid the Covid-19 pandemic and growing support for authoritarianism, democratic standards fell again across the world ...

The EIU annual index, which provides a measurement of the state of global democracy, registered its biggest fall since 2010 and set “another dismal record” for the worst global score since the index was first produced in 2006.