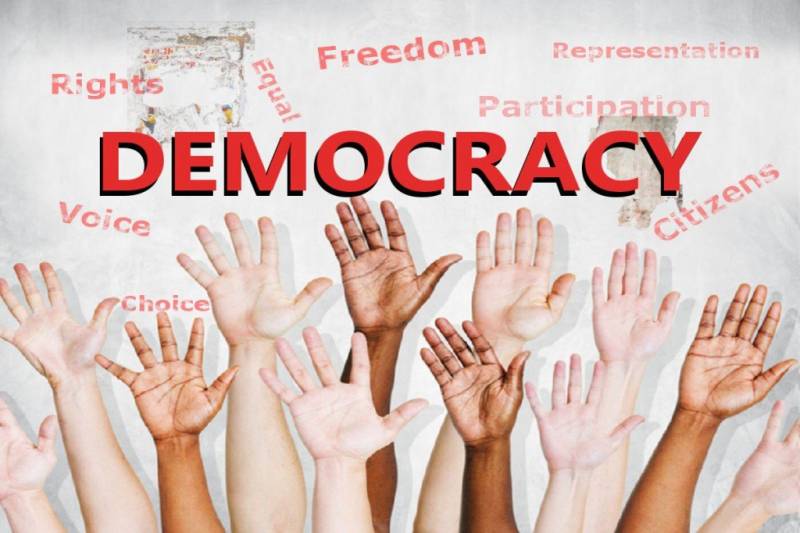 Amid the Covid-19 pandemic and growing support for authoritarianism, democratic standards fell again across the world in 2021, leaving just over 45 percent of the world's population living in a democracy.

According to the Economist Intelligence Unit (EIU) report issued on Thursday, less than half of the world's population was living in a democracy in 2020 but the trend deteriorated in 2021, the London-based analysis group said.

The EIU annual democracy Index “sheds light on continued challenges to democracy worldwide, under pressure from the coronavirus pandemic and increasing support for authoritarian alternatives”.

The EIU annual index, which provides a measurement of the state of global democracy, registered its biggest fall since 2010 and set “another dismal record” for the worst global score since the index was first produced in 2006.

In Europe, Spain was downgraded to a “flawed democracy”, reflecting a deterioration in its score for judicial independence.

According to the EIU, the UK dropped in the ranking following controversies over party financing and a series of scandals but remains a “full democracy”.

Less than half — 45.7pc — of the world's population now lives in a democracy of some sort, a significant decline from 2020 where the figure was 49.4pc.

Even fewer — 6.4pc — reside in a “full democracy” after Chile and Spain were downgraded to “flawed democracies”. Spain's downgrade reflects a deterioration in its score for judicial independence, it said.

More than a third of the world's population lives under authoritarian rule, a large proportion of which are in China. “China has not become more democratic as it has become richer. On the contrary, it has become less free,” the EIU said.

The top three places in the index are occupied by Norway, New Zealand and Finland while the final three countries are North Korea, Myanmar and Afghanistan.

Along with Tunisia, Myanmar and Afghanistan recorded the biggest declines in the index following the military coup and Taliban takeover in those countries.