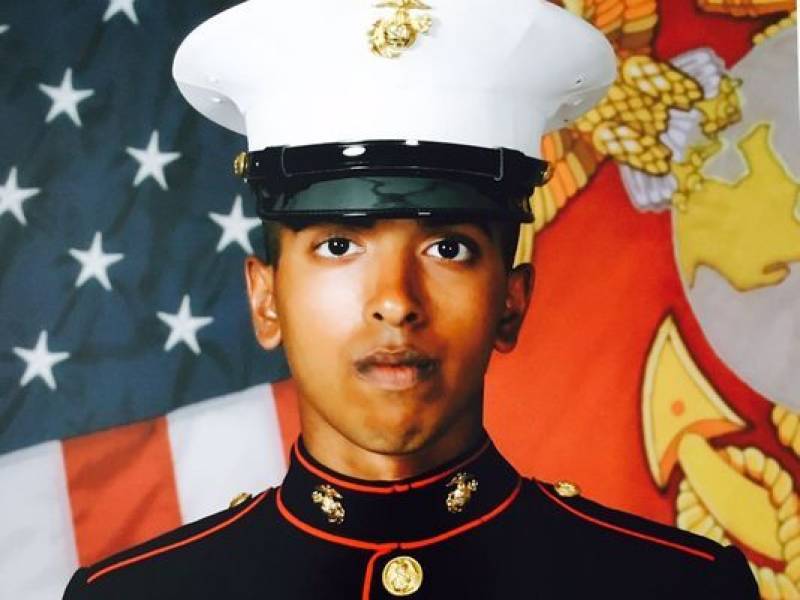 NEW YORK (Web Desk) - While on one side Omer Matin was killing innocent people at Orlando’s gay nightclub, yet there was Imran Yousuf present that night who came to the rescue of clubgoers and succeeded in saving seventy people.

Imran Yousuf, a former sergeant of Marine Corps, currently working as the bouncer at the Pulse nightclub, knew something was horribly wrong when he heard the crack of gunfire. A Marine, who had served in Afghanistan, Yousuf’s training quickly kicked over.

“The initial one was three or four” shots, said Yousuf, who left the Marine Corps last month. “That was a shock. Three or four shots go off, and you could tell it was a high-caliber. Everyone froze. I’m here in the back, and I saw people start pouring into the back hallway, and they just sardine-pack everyone.”

Speaking to CBS, the 24-year-old said he knew there was a door behind the panicked crowd, but people were too overwhelmed to unlatch it. “And I’m screaming, ‘Open the door! Open the door!’ ” Yousuf said. “And no one is moving because they are scared.”

As everyone stood rooted to spot, only a few feet away from safety, Yousuf knew there was “only one choice” which could save them being targeted by the gunman who could have there any moment. “Either we all stay there and we all die, or I could take the chance of getting shot and saving everyone else, and I jumped over to open that latch and we got everyone that we can out of there.”

Yousuf’s act of heroism saved many lives that day. Asked how many people left through that exit, Yousuf told CBS that he estimated as many as 60 or 70.

“As soon as people found that door was open, they kept pouring out, and after that we just ran,” he said.

The brave young man served in the Marine Corps from June 2010 to May 2016 as an engineer equipment electrical systems technician, according to service records obtained by The Washington Post. He was deployed to Afghanistan in 2011 and most recently was assigned to the 3rd Marine Logistics Group.

“There are a lot of people naming me a hero, and as a former Marine and Afghan veteran I honestly believe I reacted by instinct,” he wrote on Facebook, according to the Marine Corps Times.

Pakistan’s Foreign Office spokesperson Nafees Zakaria also drew attention towards the Muslim ex-marine who saved the lives of tens of people inside the club.

“We need to reflect on these kind of acts also which Muslims are performing over there and the contributions Muslims have made over there,” Zakaria emphasised. He said there was a significant presence of Muslims in these Western countries and they had significantly contributed towards economic and political development in those countries.