US to withdraw troops from Afghanistan, Iraq in Trump’s waning days 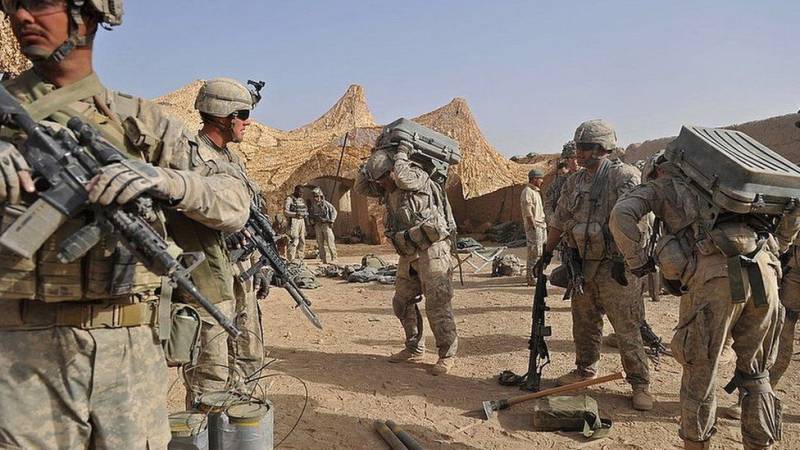 NEW YORK – US President Donald Trump’s decision, in the twilight of his presidency, to pull 2,500 American troops from Afghanistan and Iraq by mid-January has evoked sharp reaction from influential Democratic as well as Republican lawmakers.

“I am formally announcing that we will implement President Trump’s orders to continue our repositioning of forces from Afghanistan and Iraq,” acting Defence Secretary Christopher Miller announced Tuesday at the Pentagon.

Miller also said that Trump’s decision “is based on continuous engagement with his national security Cabinet for the past several months, including ongoing discussions with me and my colleagues across the United States government.”

He added that he spoke with “key leaders in Congress as well as our allies and partners abroad to update them on these plans” earlier in the day.Pentagon to withdraw troops from Afghanistan.

The announcement comes one week after Trump sacked senior leaders, including Defence Secretary Mark Esper, and installed a slate of officials who support his aim.

Miller, who replaced Defence Secretary Esper, is an Army combat veteran who served in Afghanistan and Iraq.

“This (the troop withdrawal) is consistent with our established plan and strategic objectives,” he said.

Miller did not take questions from reporters.

Esper and General Mark Milley, chairman of the Joint Chiefs of Staff, had advocated for reducing the American presence there only when security conditions allowed.

But a senior Defence Department official, who was not authorized to speak publicly, said two conditions had been met: national security in the United States will not be threatened and the remaining troops will be able to assist the government in Afghanistan and Iraq, according to media reports.

The transition team of President-elect Joe Biden and Vice President-elect Kamala Harris did not immediately respond to a question on the announcement of troop withdrawals.

Top Democratic lawmakers, however, were quick to denounce it.

“The Trump policy has been so erratic, almost based on whim, what happens when the president rolls out of bed each morning and how he feels,” Senate Minority Leader Chuck Schumer told reporters at the Capitol Hill.

Senator Tammy Duckworth said that this is the wrong way to do, as it will leave behind a huge amount of American military hardware for the Taliban to use.

Senate Majority Leader Mitch McConnell, a Republican, told reporters that it is extremely important in the next couple of months not to have any earthshaking changes in defence and foreign policy.

A precipitous draw down in either Afghanistan or Iraq would be a mistake, he said.

Senator Jim Inhofe, chairman of the Senate Armed Services Committee, said that he looks forward to receiving detailed briefings on the plan from the Pentagon and the commander on the ground.

“As we evaluate the situation in Afghanistan and coordinate with our allies, we must ensure that our strategy and posture reflect the conditions on the ground,” he said.

Inhofe said that Trump’s South Asia strategy has been extremely successful, and his administration has scored major counterterrorism wins across the region, including taking out terrorist henchmen al-Baghdadi, Soleimani and al-Rimi.

House Majority Leader Steny Hoyer said that the announcement is a hasty move intended to undermine the incoming Biden administration.

“It ought to surprise no one that this comes just days after President Trump fired top Pentagon officials who stood against his counterproductive plans,” he alleged.

Senator Dianne Feinstein said that Trump’s last-minute foreign policy moves are threatening national security and could have lasting effects well beyond his final months in office.

“This is especially worrying as the president continues to obstruct a peaceful, timely transition from his administration to President-elect Biden’s,” she said.

Meanwhile, the House Armed Services Committee announced a hearing on Afghanistan on November 20.

Senator Jeanne Shaheen, a senior member of the Senate Armed Services and Foreign Relations Committees, urged the Trump administration to carefully reconsider any decision to hastily withdraw US troops from Afghanistan and Iraq and to bear in mind the rule of law, US security and the sanctity of US alliances.

“We cannot allow these countries to, yet again, become a safe haven for terrorists looking to do Americans harm.

“Further, we cannot leave NATO and our partners in the dark. Any withdrawal must be conditions-based. Congress passed existing laws to ensure that any withdrawal going forward is not based on arbitrary timelines or political considerations,” he said.

The U.S. has had troops in Afghanistan since October 2001 after the 9/11 terror attacks. They sought the al-Qaeda militants who had reportedly planned the attack there and received support from the militant Taliban government.

Since February, the Trump administration has been negotiating with the Taliban to reach a peace deal with the Afghan government that would allow a withdrawal of American forces there.

American troops invaded Iraq in 2003 based on flawed intelligence that indicated Saddam Hussein possessed weapons of mass destruction and posed a threat to the United States.

NATO countries, including the United States, have about 12,000 troops in Afghanistan.

“We have been in Afghanistan for almost 20 years, and no NATO ally wants to stay any longer than necessary. But at the same time, the price for leaving too soon or in an uncoordinated way could be very high.

Afghanistan is becoming once again a platform for international terrorists to plan and organize attacks on our homelands. And ISIS could rebuild in Afghanistan the terror caliphate it lost in Syria and Iraq.”