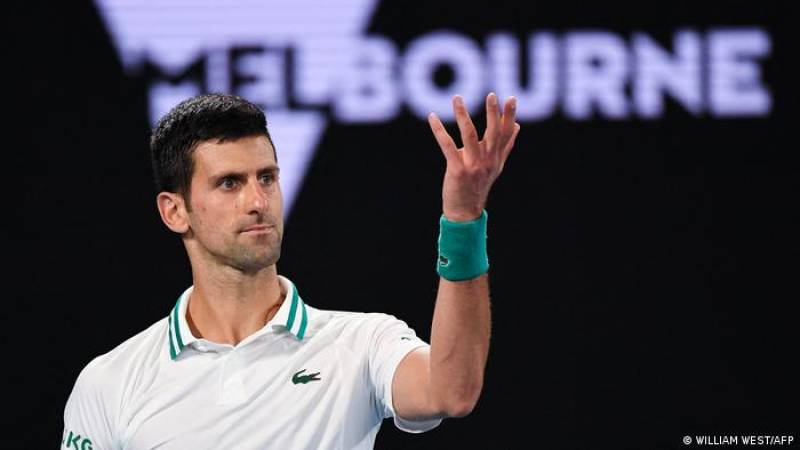 SYDNEY – Tennis ace Novak Djokovic has won his court battle in Australia after his visa was canceled due to his refusal to get inoculated however his visa could be canceled again despite court reprieve.

Reports in international media said world number one men’s tennis player won a legal tussle to defend his Australian Open crown and go past Roger Federer and Rafael Nadal and get his 21st Grand Slam in Melbourne.

Earlier, the officials approached the court to postpone the hearing until Wednesday, but it will instead begin as scheduled on Monday(today). Australian judge trashed the visa cancellation and ordered the authorities to pay legal costs and release Djokovic from detention at the earliest.

The star athlete, who earlier flaunted rules by attending a public function unmasked the day after a positive test, was denied entry to Australia after landing in Melbourne last week to defend his Australian Open title.

The 34-year-old tennis player opposed Covid vaccination and was placed in an immigration detention center as he landed in Australia. The player argued that he did not need proof of vaccination because he had evidence that he was infected with the novel virus last month.

Australian officials have ruled that a temporary exemption for the vaccination rule can be provided to people who have been infected with the virus within six months.

He had been granted a medical exemption to play in the Australian Open tournament in a decision that infuriated many ordinary Australians who have been living under some of the world's strictest Covid rules.

Nine-time Australian Open champion and world No. 1 tennis player Novak Djokovic may not be able to defend his 2021 ...

Despite the court order in his favor, lawyers for the federal government told the court the country’s immigration minister was reserving the right to exercise his personal power to again revoke his visa.

If this happens, Djokovic could again face deportation and could miss the Australian Open, which starts on January 17.

BELGRADE – World number one tennis player Novak Djokovic has announced he had tested positive for Covid-19. The ...