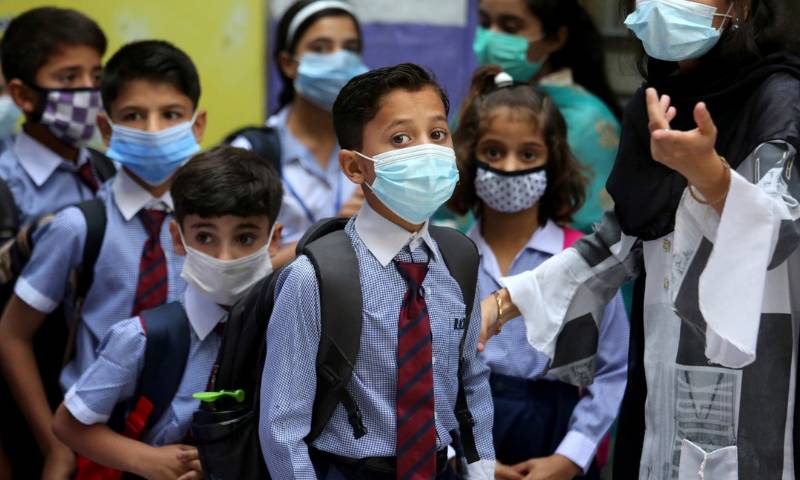 KARACHI – The provincial administration in Sindh has decided not to close educational institutions in the southeastern region despite an alarming surge in new Covid cases.

Reports in local media said the decision was announced after a meeting of the provincial Task Force chaired by Sindh Chief Minister Murad Ali Shah.

Members of the Covid-19 body, the Sindh Health Department, and health experts also attended the meeting to review the ongoing situation in the province.

A meeting of the Inter-Provincial Education Ministers Conference (IPEMC), which was convened to decide the fate of schools in light of the fifth wave of the Covid-19, was earlier postponed after Shafqat Mahmood tested positive for the novel disease.

The parents of students have demanded immediate steps by the Sindh government to control the virus spread as Omicron fueled a surge in new infections in the country’s largest metropolis.

Covid-19 positivity ratio in seaside metropolis jumped to 33 percent as 2,816 people tested positive for the infectious disease. Around 87 percent of the COVID-19 cases in Karachi are of the Omicron variant.

ISLAMABAD – As the fifth wave of coronavirus intensified in Pakistan, the country reported 4,286 new infections ...

The national positivity ratio also shot up to 8.16 percent, the highest since August 11. sThe overall cases have reached 1.32 million after the detection of new infections, while the death toll now stands at 29,003 as four deaths were reported from the coronavirus in the last 24 hours.

ISLAMABAD – Country’s education minister’s meeting about the closure of educational institutions amid ...